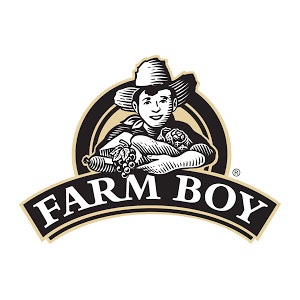 That was the message from Empire president and CEO Michael Medline, who spoke to investors and analysts on a Monday-morning conference call after the sale was announced. The Stellarton, N.S.-based parent company of Sobeys and FreshCo is buying Farm Boy for a total enterprise value of $800 million.

“We paid a healthy multiple,” Medline admitted, noting the price is 14.1x Farm Boy’s EBITDA but also factors heavily for continued future growth and expansion. “They have a proven business model with an established brand, attractive margins, strong cash flow generations and a significant runway for growth.”

Medline cited same-store sales growth of 5.3 per cent and five-year EBITDA CAGR of 21 per cent. Farm Boy co-CEOs Jean-Louis Bellemare and Jeff York, who will both be retained in their existing roles, already had an aggressive plan in place for the expansion, namely 14 sites across the GTA, as well as other southwestern Ontario locales.

“We expect to double the size of the business in the next five years,” Medline said. “Farm Boy is the most compelling bricks-and-mortar opportunity available today and likely the foreseeable future.

“Farm Boy is also the most insulated Canadian food retailer from e-commerce disruption due to the laser-like focus on fresh, private-label and prepared foods. We are much more willing to pay top dollar for a great company.”

Farm Boy is an “excellent fit” with Empire’s Sobeys and FreshCo banners in Ontario, a region where Medline says it is “under-penetrated.” Medline also promised Farm Boy’s growing customer base they “will not see any changes in their shopping experience.”

It will be run as a separate entity from Empire’s other banners, with Bellemare and York reporting directly to Medline.

“Keeping Farm Boy separate is critically important to us. We do not want to ruin the magic of Farm Boy by trying to integrate them,” Medline said. He called it a “growth story, not a synergies story” noting the only synergies would be sought in “non-customer-facing” areas such as real estate acquisition and product sourcing and logistics.

Bellemare, Farm Boy’s founder who opened his first store in Cornwall in 1981, and York, who has been co-CEO since 2009, will continue in their roles. “Working with Empire is going to be an extremely exciting time,” Bellemare said.

One of the most significant immediate changes for Farm Boy will be its ability to find and occupy top new locations.

“We’ve been offered the crumbs and late to the party in some of the locations,” York said. “I think the A and B locations that we are going to have at our fingertips are really going to roll out successful launches in the GTA.”

The expansion plans will be reviewed after the sale closes – which is expected in early 2019 provided all relevant conditions are satisfied. Both new site builds and the conversion of existing Sobeys stores will be considered.

On the heels of its dramatic success in the Toronto area, where stores are performing 35 per cent better than Farm Boy’s already-lucrative Eastern Ontario locations, the 27th Farm Boy will open in Oakwoods Centre in Oakville in winter 2018.

Farm Boy will also boost Empire’s GTA penetration by adding its private-label products to Sobeys’ new Ocado-based e-commerce business which will launch in 2020 in the GTA. Farm Boy will also have separate branding within Ocado.

Farm Boy focuses on a robust private label and fresh food assortment, with an emphasis on local fresh produce, meat and a wide range of restaurant quality ready-to-eat food prepared in-store. Bellemare said the mix is about 80 per cent fresh products, to 20 per cent “groceries.”

“We have to do two things at once, run our business in the best way possible while setting ourselves up for long-term growth,” he said. Empire’s existing management remains “100 per cent committed to our existing business. They will not be involved in Farm Boy in any way.”

All aspects of Empire’s turnaround remain on track, he said, noting the progress made so far was one factor which made this acquisition possible.

“We have our national structure complete, our operational efficiencies are on track, we harmonized our costs across the country for the first time in our modern history and the first wave of our category reset negotiations will be complete by the time the deal closes,” Medline said.

“It was clear to us that Farm Boy would be sold and there wasn’t time to waste. We saw this was a rare, exciting opportunity to purchase the best brand and it’s a great fit with our strategy.”

Empire, through a subsidiary, will acquire Farm Boy from Berkshire Partners and Farm Boy’s management shareholders. Farm Boy will be set up as a separate company within Empire’s structure and Farm Boy’s co-CEOs have agreed, in connection with the transaction, to reinvest in return for a 12 per cent interest of the continuing Farm Boy business.

Empire intends to finance the transaction through a combination of cash on hand and debt.

Empire Company Limited is a Canadian company with approximately $24.4 billion in annualized sales and $8.7 billion in assets. Empire and its subsidiaries, franchisees and affiliates employ approximately 120,000 people.