October 17th the Liberal’s new mortgage rule requires that anyone applying for an insured mortgage must qualify at the Bank of Canada’s five-year fixed rate of 4.64 per cent. 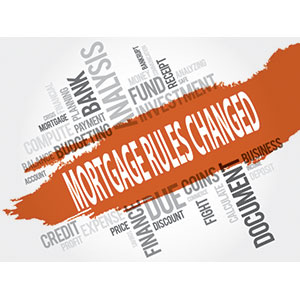 I rarely write about matters that relate to residential real estate. I have however read some articles recently that don’t reflect the best interests of those yet to enter the housing market.

Having been concerned for some time about the number of young people drawing on the maximum mortgage amount they qualify for, at historically low rates, I feel compelled to offer my view.

Entering the discussion with a biased view

I was a residential real estate broker in another life. In the summer of 1981, I sold houses in which clients were locking in five year fixed mortgage rates at 21.75 per cent.

You may be asking why in the world would anyone consider fixing their mortgage for five years at that rate?

Well, there were economists at the time speculating that rates were going to 28 per cent. It turned out that rates did in fact peak at 21.75 per cent.

I recall examples of people who had to sell prior to the expiry of their five year term. They were forced to walk away from their homes with damaged credit ratings because they could not afford the subsequent interest differential payout penalty.

I often hear the history of Saskatchewan’s residential real estate market described as relatively stable with periods of healthy appreciation. Many forget that in the early 90’s CMHC was contracting residential brokers to sell numerous repossessed properties.

This was at a time when mortgage rates had risen 4 per cent over the previous decade.

We don’t have to go back that far

There is a human condition that seems to plague every generation that goes something like this, “If I haven’t already experienced it, it’ll never happen to me.”

Never mind that I have parents and relatives who tell me what their real life experience was.

A quick “Google” search can verify the facts. For much of my real estate career I would have been ecstatic to have 10 per cent rates available.

Take a look at even the most recent 10 year history of rates. It’s not difficult to see that our historically low rates may not be with us forever.

Many economists believe due to the amount of government debt that exists worldwide, these interest rates could remain where they are for some time. Japan has been trying to kick itself out of it’s low inflation/low rate economy for 25 years with very little success.

It’s impossible to take on life without risk. The key is to try and manage that risk to safely maximize potential.

There is no doubt that the federal government’s recent policy change has cooled the market and impacted residential real estate agents income. This change is a responsible step which will protect those currently entering the housing market.