GTA a hotbed of housing development 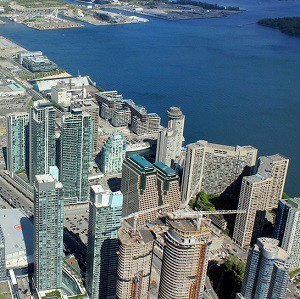 The numbers don’t lie. The average price for a condo in the GTA recently surpassed $500,000 and $1 million for a single family home is the new normal for Toronto, according to figures released by Altus Group.

It is not for lack of sales activity on the new home sales front, noted Phong Ngo, director of national new homes research at Altus Group and the panel’s moderator at the Toronto conference.

“Total new home sales last year were the highest of the last 10 years and second only to 2002 for the most on record since Altus began tracking.”

Given all the new home development apparently going on in the GTA, what’s behind the steady price rise?

“The city continues to grow” through immigration and migration and new home development is not keeping pace, Cucuz said.

He cited Lake Ontario as a southern barrier to development that makes Toronto act a bit like an island such as Manhattan, a displacement of foreign capital from hot spots such as Vancouver and first-time buyers driven into the market by the belief prices will only continue to spiral higher.

“Immigration to me is a really important factor,” said Rizwan Dhanji, vice-president of sales and marketing with Canderel. “The Ontario economy is doing really well, job growth is high.

That will only accelerate, Dhanji said, due to U.S. President Trump’s tougher stand on immigration.

“One of my best friends is the executive VP of MaRS (Disccovery District) and he was telling me that Toronto is now Silicon Valley North” due to U.S. restriction of its visa program for skilled technology and information industry workers.

“Trudeau at the same time, brilliantly, actually did a speed 10-day visa to get into the country,” Dhanji said. “So a lot of the tech companies are now hiring people from all over the world that we would never think of before.

“That’s driving people back into Toronto, driving the housing market.”

Add in higher interest rates sparked by a U.S. rate hike prompting people to buy in the shorter term.

Just as Lake Ontario presents a southern limit to the housing growth of the GTA, the Ontario government-created greenbelt has created another border to development.

“I remember telling people that if you don’t own land in the greenbelt, this is going to be the best thing to happen to you because it is going to restrict supply, increase the price of land and everybody is going to do very, very well.”

He credited the greenbelt with a large part of the urbanization trend in Toronto and a strengthening of the downtown core.

“That whole residential boom, creating a very vibrant and active downtown, has been a result of the greenbelt. As a result, the idea that everyone would live in a single-family home with a front and back yard is no longer possible.

“In fact I think the Millennial generation has taken the view that they would rather walk to work and live in an apartment building than drive for an hour from Thornhill and back.”

“In terms of the issue of affordability, which is now on everybody’s mind, the government’s mind,  if you look at the average prices of condominiums or homes, compared to even Vancouver, London, Paris or any of those places, it is still a lot more affordable than any of those other places,” Diamond said.

“So as we grow and prosper, it can only be anticipated that prices would rise” to those international city benchmarks.

Ontario added 220,000 people over the last year, the highest level of population growth since the mid-’80s, noted Ben Myers, senior vice-president of market research and analytics with Fortress Real Developments.

He observed that even with the strong pace of housing development, the actual square footage constructed has been falling, a reflection of the focus on smaller condo units.

“People live in those downtown condominiums and they have kids and they want to go out and buy that low-rise home, that ground-related product and we are not building enough of that. So it is distorting the housing market,” Myers said.

In 2010, about 20 per cent of the new housing supply was in the near suburbs of Oakville, Mississauga, Markham and Richmond Hill. That building activity has “dropped off” as those ‘burbs have filled up while the demand has not gone away. People are being driven further away.

“We are seeing massive growth in pricing outside the GTA,” Myers said.

Mortgage rule changes aimed at first-time buyers have also distorted the market with investors picking up some of the slack.

Overbuilding is a myth, Myers concluded.

“Price is the ultimate signal. Prices continue to go up, vacancies are low across the board in terms of rental, things are selling in nine days on average in the resale market. What other signs do you need to tell you we are not overbuilding?”