Toronto is moving closer to joining other North American cities by licensing landlords in an effort to eliminate slumlords that don’t properly maintain their buildings. 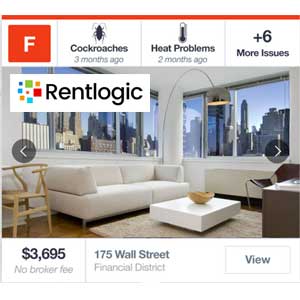 The City of Toronto is looking at introducing a $12 to $15 annual licensing fee per unit for landlords of buildings with three or more floors and 10 or more units in order to recover costs for annual inspections of common areas, boilers, elevators and electrical systems for all such buildings. Landlords that fail inspections for failing to do repairs or do basic cleaning, maintenance and pest control would face financial punishment from the City.

“While the details of the policy are still being ironed out, it will allow the City to identify which landlords are essentially good and bad” when it comes to health issues in their buildings, said Rentlogic chief executive officer Yale Fox on Wednesday at the Canadian Apartment Investment Conference at the Metro Toronto Convention Centre.

Rentlogic was created to level the playing field between renters and landlords and is responsible for LandlordWatch, a website that combines citizen journalism, housing activism and problem solving with social technologies. It uses open government data on apartment inspections provided by the City of Toronto in order to create transparency in the rental housing market. The site lists the city’s 100 worst landlords and apartment buildings.

Apartment inspections in Toronto are now mainly complaint-based. However, the system can sometimes fail tenants because they often don’t know their rights, they’re afraid of landlords and eviction or may have language issues.

“The cost of home ownership has increased while wages have remained stagnant or declined for the past decade. People just can’t afford to buy a home like they used to so the market is going toward rentals.”

Fox said fewer than 500 of Toronto’s 3,300 apartment buildings have been inspected by the City and that — despite the protestations of groups such as the Federation of Rental-Housing Providers of Ontario, which are happy to keep the status quo — landlord licensing will be good for the health of Toronto’s renters as well as the city’s rental housing market.

“It insures a healthier, long-term rental community 10 years from now. Apartment owners’ values are going to go up except for those who don’t comply and keep up.”

Fox compared the proposed landlord licensing system to the DineSafe inspection and grading program that’s been used in Toronto restaurants since 2001. Each inspection results in a pass, a conditional pass or a closed notice. Before DineSafe was introduced, Fox said that just 42 per cent of restaurants were in compliance with provincial and municipal food safety regulations and that figure has now risen to around 90 per cent.

Restaurant lobbyists claimed DineSafe was unfair and would drive up the price of food, but the opposite has happened as Toronto has a thriving restaurant scene and food culture.