Even if provincial governments ban tenants from growing marijuana plants in their homes – in the face of proposed federal legislation that will make it legal to do so – marijuana legalization in Canada will create a host of other problems, say associations representing multi-res owners. 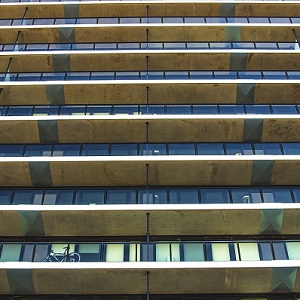 Landlords in Quebec have serious concerns about how legalizing marijuana usage will affect their buildings.

Under the federal Cannabis Act, which was introduced in Parliament in April, adults would be allowed to grow as many as four cannabis plants as tall as 100 centimetres in their homes for personal consumption.

However, the provinces, which control zoning rules, landlord-tenant law and insurance issues and will thus be responsible for regulating marijuana distribution, could make it illegal to grow marijuana in homes.

The Canadian Federation of Apartment Associations contends the right to grow marijuana in rental units would create problems including electrical safety hazards, interference with other tenants, potential mould damage, potential liability issues for landlords and potential cancellation of building insurance.

Quebec property owner groups are optimistic the provincial government will forbid the private cultivation of marijuana in homes no matter what the federal legislation would allow.

Even if that happens, though, landlords have many other concerns about marijuana legalization, says Hans Brouillette, director of public affairs of the Corporation des proprietaires immobiliers du Québec (CORPIQ).

“It will create all sorts of problems” ranging from marijuana smoking in multi-res units to the need to change leases, he says.

CORPIQ’s survey of 872 members found 72 per cent are somewhat or very concerned about the legalization of marijuana.

No faith in policing of marijuana laws

Currently, 60 per cent of Quebec apartment owners say they have provisions in tenants’ leases that forbid smoking. But those leases would have to be changed to include marijuana if the drug is legalized, Brouillette says.

As well, most landlords who currently allow cigarette smoking in apartments would likely want to forbid pot smoking.

CORPIQ wants owners to have the right to retroactively modify leases to include clauses that forbid the smoking of marijuana in apartments, whether or not the leases currently forbid smoking.

But he notes it is already difficult to enforce prohibitions on cigarette smoking in apartments, so respecting prohibitions on smoking marijuana won’t be easy. It can take at least several months for landlords to have cases heard at the province’s rental board for lease violations, Brouillette says.

The legalization of marijuana would lead to an increase in second-hand marijuana smoke in apartments. Its potentially nauseating smell would harm the quality of life for a number of apartment dwellers, according to another Quebec property owners group, the Association des propriétaires du Québec.

CORPIQ’s Brouillette is also concerned it will be difficult to deal with pot-smoking tenants.

“It’s already often difficult to manage tenants. Obtaining co-operation will be even more difficult with those who consume drugs,” he said. “Trying to ask tenants who smoke marijuana to lower the music, to make less noise, to be respectful, won’t be easy.”

Asks Brouillette: “How will I be able to keep my other tenants if one tenant smokes and disturbs the others?”