The nay-sayers are noted 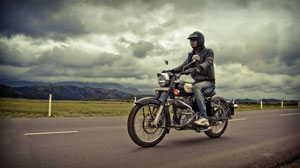 The Stackable Boomer: The nay-sayers are noted

While there are plenty of legitimate and respected sources that point to the current and continuing movement of Boomers to Multi-Family Homes (MFH) in denser, more urban locations, there are others that disagree.

One theory proposed by Joel Kotkin, writing for Forbes Magazine, is that Boomers are fleeing cities in record numbers, except for smaller cities and Sun Belt cities. Many agree with him. However, this would mean that everyone else is crunching the same data in the wrong way.

Other researchers are reporting that instead of moving to MFH, most Boomers are moving from large family-oriented homes to small and less-expensive single-family homes in farther-flung neighborhoods. While this is undoubtedly happening, for it to be the dominant pattern emerging would mean that Boomer migration data has been grossly misinterpreted by the majority of demographers and statisticians.

Others say that any talk of Boomer migration is premature, as Boomers are staying right where they are as long as they possibly can. A recent study by Fannie Mae, for example, suggests that Boomers have not yet started to make the move to MFH in any major way, and that when asked, the vast majority would prefer to stay in their current single-family home.

I believe all of the above scenarios are true.

However, Boomer-focused MFH project teams that I’ve spoken to are selling homes almost exclusively to the affluent Boomers they set out to find. So something is happening.

Much of the contrarian research work was done pre-2012, and the market recovery in many cities throughout the USA has been dramatic since that time, which would alter the research findings if those studies were done today.

At least one study suggests that Boomers lost $1 trillion in home value during the housing recession and are just now starting to see their home values normalize. Boomers who were upside down on their mortgages in a single-family home may now be finding that they have regained their positive equity position and are once again able to consider moving to the MFH that best suits the next stage in their life. Boomers would most likely answer research questions about relocation to MFH differently knowing that they are flush with home-equity virtual cash.

And of course as with any game of pin the tail on the Boomer, trying to guess where Boomers are headed next in the housing market will have a number of correct answers. There are 161 million Boomers in the USA alone, and as much as they have, over the course of their lives, tended to do similar things in a tribal way, there is always a wide array of variation. For every million Boomers who discovered Pilates last year, there were a million who became Aqua-Cycling or Zumba aficionados.

The question is not if Boomers will move to MFH, but when, and is it already happening now?

Any questions or comments are always welcome at [email protected], or in the comment fields below.