The new regulations introduced this past fall tightening mortgage requirements should be bad news for an alternative lender like Atrium Mortgage Investment Corporation (AI-T). 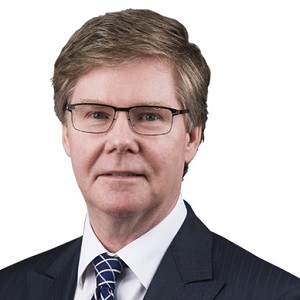 Indeed, recent statistics point to the dampening effects of the new rules on Canada’s housing market with sales falling almost 15 per cent in January from December, according to the Canadian Real Estate Association.

Yet where many see dim prospects for the remainder of 2018, the CEO and president of Atrium spies a silver lining, or more pointedly, growing profitability for its residential mortgage business.

“I think it’s fair to say that 2018 will not be as good as 2017 because there are a lot of headwinds including affordability, rising rates, and the OSFI (Office of the Superintendent of Financial Institutions) rules,” says Robert Goodall, who founded Atrium in 2001 with $3 million in capital.

Yet he adds Atrium’s residential lending arm is growing all the same — testimony to the company’s evolution over the last six years.

One of Canada’s largest MICs

Atrium is one of the largest mortgage investment corporations (MICs) in Canada with more than $600 million in assets. Listed on the TSX since 2012, the Toronto-based firm has a market capitalization of more than $400 million with much of its business involving bridge financing for developers and real estate investors.

More recently, however, Atrium has moved to diversify its portfolio, providing financing to the single-family residential market. While this segment accounts for only about five per cent of its portfolio, Goodall predicts it will fuel most of Atrium’s growth in 2018. That’s in spite of OSFI’s announcement in the fall that non-insured borrowers — the market segment Atrium services — must pass an affordability stress test.

“Who those regulations hurt the most are the small banks and trust companies,” he says, adding the big six banks will “be just fine.”

Yet other lenders are benefiting, including credit unions, which fall under provincial regulation. Goodall adds the provinces have yet to follow OSFI’s lead.

“And that’s why I think a lot of the slack will be taken up in Western Canada by the credit unions,” he adds. “But only a portion would be taken up by credit unions in Ontario, because I don’t think there’s the funding capacity there to do it.”

As a result MICs — which also do not fall under OSFI’s regulation — are starting to fill in the lending void in Ontario.

Typically, residential mortgages have not been in Atrium’s wheelhouse. But lending to these borrowers has accelerated in the last few months. Goodall adds the company’s strategy does not rely, like many smaller MICs, on competing on loan to value. In fact, it limits most of its lending to first mortgages to a maximum of 75 per cent of the underlying asset’s value.

Rather, its niche is helping overlooked and underserved, yet generally high-quality borrowers.

“We’re dealing with people who have substantial down payments, but they don’t have three years of reliable T4 income, so they won’t pass the (OSFI) stress test,” Goodall says.

These include wealthy newcomers with no income history in Canada and foreign buyers.

Both can put large down payments on a residential properties, making them relatively low-risk, Goodall says.

The same can be said for another segment of homebuyers who make up about 50 per cent of Atrium’s residential lending business: entrepreneurs.

These borrowers may not show much for T4 income because they often keep most profits generated by their business inside the corporation for tax efficiency, he says. But they are for the most part low-risk borrowers, even if they don’t qualify under OSFI rules, Goodall adds.

There is no shortage of these borrowers in the markets where Atrium does much of its lending:  Toronto, Vancouver and Ottawa. Still, these regions are cooling down from a red-hot 2017. Higher interest rates, peak prices and tighter lending rules are negatively affecting the single-family dwelling market the most, says Goodall, adding falling single-family resales constitute the canary in the coal mine.

In fact, all three markets are “soft on the high end,” leading to unprecedented conditions, he says.

“In Toronto for the first time ever, more than 80 per cent of sales last year were high- or mid-rise.”

Goodall adds this reflects a greater demand for affordability because buyers can borrow less, and correspondingly afford less.

While this should be good news for multi-family residential, Goodall suggests higher interest rates and the OSFI rules will dampen demand across the entire marketplace.

Yet, alternative lenders — MICs, in particular, able to provide bridge financing to borrowers — should benefit as more would-be buyers are turned down by traditional lenders. Goodall argues Atrium is among the best-positioned MICs after enduring years of growing pains with its residential lending business.

“Single-family was really a bit of a loss leader for us until these latest rules came into being,” Goodall says. “I honestly didn’t expect it would turn out as favourably as it has, so I’m glad we were patient.”