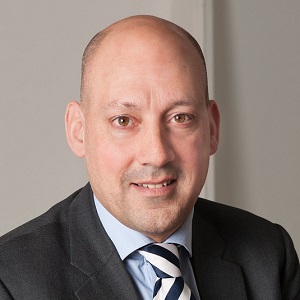 “Eduard has the precise combination of strong global expertise and leadership skills we were seeking for the chief investment officer position,” said Neil Cunningham, president and CEO of PSP Investments, in a release. “He is an accomplished, multi-asset class investment leader with highly relevant C-level investment expertise in large-scale, pension investment managers. With his proven ability to think both as an investor and as a strategist, I’m confident he has the edge required to take our Total Fund operations to the next level.”

Have an executive, or senior staff appointment you’d like to share? Email the details to RENX for inclusion in The People Space

Prior to joining PSP Investments, van Gelderen was senior managing director at the Office of the Chief Investment Officer of the University of California. He also served as CEO of the Dutch financial service provider APG Asset Management and Deputy CIO of ING Investment Management.

He holds a master’s degree in Quantitative Finance from Erasmus University Rotterdam and a post-graduate degree in Asset Liability Management from Maastricht University in Limburg. He is currently a PhD candidate at the International School of Management in Paris. van Gelderen  is a certified financial risk manager and a chartered financial analyst and has served on several investment advisory boards.

PSP Investments is one of Canada’s largest pension investment managers with $153 billion of net assets as of March 31, 2018.

The man responsible for managing Morguard’s Ottawa holdings for the past decade, Bernie Myers, has moved to The Regional Group of Companies as senior vice-president, real property.

Myers became Morguard’s VP of asset management, property management and leasing in 2014, accepting an internal promotion which saw him take responsibility for about eight million square feet of holdings – including Montreal and Toronto. Prior to his 11 years with Morguard, he also worked with the Hydro-Quebec Pension Fund, GWL Realty Advisors and O&Y Enterprise.

Regional is an Ottawa-based developer and builder with a $3-billion pipeline of commercial, mixed-use and residential projects in development. It manages a portfolio of more than two million square feet of commercial space and 2,000 residential units. Regional Group also operates a homebuilding division, eQ Homes.

Coldwell has been with Chandos for nearly 20 years, starting in Chandos’ Edmonton office and progressing through successive positions as project coordinator, project manager, project director, district manager and vice-president.

Penn also has a nearly 20-year career at Chandos, beginning as a carpenter in Edmonton before being promoted to superintendent of field operations in Ontario. Back in Alberta, he progressed through a variety of positions up to and including vice-president.

“As leaders, Tim and Sean have always focused on people, culture and systems as enablers of client satisfaction and growth,” said Chandos CEO Tom Redl, in a release. “We will continue to focus on people as we scale the organization.

“Chandos is growing largely because of our expansions into British Columbia and Ontario. And the Alberta economy is showing positive signs of recovery. Chandos is thriving as a result.”

“In his new role, John will focus on building EXIT’s technology infrastructure to ensure that EXIT’s associates have the tools they need to enhance their business now and in the future,” said Tami Bonnell, the CEO of EXIT Realty, in a release.

EXIT Realty is a real estate franchisor with hundreds of brokerage locations which are home to thousands of real estate professionals across the U.S. and Canada.

Colliers International has appointed Richard Jankowski its managing director of brokerage for Saskatchewan. Jankowski’s key responsibilities will be to create and execute a growth strategy for the region as well as providing leadership and professional development to the provincial brokerage team.

Jankowski has extensive experience in all aspects of commercial and industrial development, real estate brokerage, project management, asset management and human resource administration. He joins Colliers after prior roles as senior manager at Viterra and, most recently, managing director at Avison Young in Regina.

The Appraisal Institute of Canada (AIC) elected Peter McLean of Peterborough, Ont., as its president for 2018-’19 at its recent conference in Quebec City. McLean has been involved with AIC in various capacities since 1990.

* Former NYSE member and senior partner of Gordon Investment Corp. Neil Baker has retired as a director of Great Canadian Gaming. He was replaced on the board by Christopher Hart, a former senior executive with Four Seasons Hotels and Resorts. Great Canadian Gaming is a B.C.-based company which operates 28 gaming, entertainment and hospitality facilities in Canada and in Washington State.

* Anil Taneja has been appointed to the board of directors for the Prestige Hospitality Opportunity Fund by Alberta-based Prestige Capital Inc. Taneja is the managing director of both hotel owner and manager Palm Holdings Canada and Palm Ventures Inc.

* Partners REIT (PAR-UN-T) has appointed Colin J. Chapin as an independent trustee. Chapin has significant experience in private equity, public company and professional firm environments. Since November 2006, he has advised on and acted as shareholder representative in respect of numerous real estate-related private equity investments. Previously, he served in several capacities, including as CFO and secretary of Trizec Canada Inc.