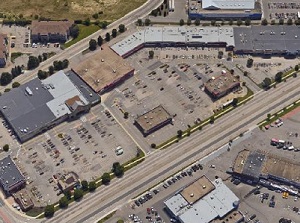 The two companies closed the deal on Feb. 19 to buy the retail properties from RioCan Real Estate Investment Trust (REI-UN-T), which is selling off about 100 properties it owns in smaller and secondary markets across Canada. The deal was worth $85 million, according to Premise.

“The assets just fit well into who we are, and what our strategy has always been, which is looking for value and opportunities,” said Darren Wong, Peterson Group’s director of investments.

The 14-acre Dilworth Shopping Centre in Kelowna includes nearly 200,000 square feet of leasable area. The centre is located on Highway 97 at Leckie Road — a busy stretch of the main thoroughfare linking the South and North Okanagan. Among the tenants are Safeway, Staples, JYSK, TD Bank and Boston Pizza.

That strip mall also includes a Safeway, which is owned separately and not part of the sale.

Both Peterson and Premise are privately owned companies active in property investment, development, management and financing.

“We think both these assets do have good long-term value upside,” Wong said. “Vernon does have some vacancy today, but I think we can lease up and add value that way.”

Kelowna’s retail vacancy rate fell from 3.41 per cent in the second quarter of 2017, to 3.29 per cent at the end of the year, according to Colliers International’s Thompson-Okanagan year-end retail market report.

In that same period, Vernon’s retail vacancy remained static at 5.5 per cent.

“The Greater Vancouver region has exploded in terms of pricing, growth, rental rates and cap rates being lower,” he told RENX. “We were looking to other markets – secondary markets that we thought had pretty good growth, and the Okanagan was a region that we had been tracking for a while.”

He said Premise already co-owns two shopping centres in the region including one in Lake Country, a small community about 15 kilometres north of Kelowna.

“Over the last few years . . . the (Okanagan) population has continued to grow,” Pollard said. “They’ve got great infrastructure in place with the University of British Columbia Okanagan, Okanagan College, the airport and the hospital. There is just a really good growth story in Kelowna.”

At the north end of the valley, Vernon experienced a 4.2 per cent growth spurt in the same period, climbing from a little over 46,000 residents to more than 48,000.

Pollard said they expect similar growth in both cities to continue. They’re also hearing plenty of positivity about the markets in their Vancouver circles.

“I had kept hearing from peers and friends . . . that enough is enough in Vancouver,” he said.

“(People are saying) ‘I can’t afford a townhouse, let alone a house here. I work in a hospital or I work for the city, or they had a job that was transferable to . . . the Okanagan. I can move to the Okanagan, I can own my own home and I can have a family and I can save a bit of money,’ ” he said.

He said they kept hearing that story “over and over again.”

Tough to find value in Vancouver

The same thinking has applied to the company’s Okanagan investments.

“We were able to purchase the properties and get value,” Pollard said, “versus, in Vancouver, you are typically overpaying for development upside down the road, which makes the returns really skinny and the costs really high.”

In Kelowna, Premise and Peterson liked the “everyday retail” aspect of Dilworth Shopping Centre, Pollard said. “The majority of the tenants were tenants you would go there no matter what.” In other words, it is somewhat e-commerce proof.

He said the 1,600 square feet of frontage on Highway 97 is also appealing. “It’s almost unheard of in a strong secondary market to have that much frontage on a major highway.”

The Kelowna property is also positioned for future redevelopment into a mixed-use site, Pollard said.

“That was another one of the solid reasons why we bought the property . . . it’s 14 acres,” he said. “There is a lot of opportunity with a site of that size to have a good mix of commercial and residential.”

He said the Vernon Square would likely remain strictly a shopping centre for the foreseeable future.