PSP Investments, AIMCo JV with Starlight on $1.3B venture

Starlight Investments announced Tuesday morning it is partnering with the Public Sector Pension Investment Board and the Alberta Investment Management Corporation on a program to purchase US$1.3 billion worth of residential properties in five U.S. states. 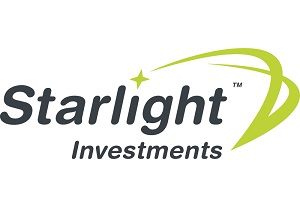 While the program had been previously announced by Starlight, the partners had not been identified.

This morning’s announcement also said the partnership has made its first purchase, Parkhouse Apartment Homes in Denver. The 465-unit, class-A, garden style, multi-family property is newly constructed and located in one of the five target markets.

“We are entering into this newly formed partnership with great excitement and expectations,” said Neil Cunningham, senior vice-president, global head of real estate and natural resources at PSP Investments, in a release.

“We are looking forward to working closely with Starlight and AIMCo to assemble a large, professionally managed, institutional quality portfolio of multi-family properties in select U.S. markets.”

“AIMCo is pleased to enter the partnership and excited about the opportunity to expand our multi-family footprint to new markets,” said Micheal Dal Bello, senior VP, Real Estate of AIMCo, in the release.

“The partnership capitalizes on the synergies of our respective investment programs and creates a long-term platform to generate the returns required of our clients and stakeholders.”

Starlight’s portfolio consists of approximately 35,000 multi-family units, of which 24,000 are across Canada and 11,000 across the U.S., along with more than 4.6 million square feet of commercial properties throughout Canada.

“We are extremely pleased to acquire the first in a number of multi-family properties with two prominent global institutions and continue the expansion of the Starlight U.S. multi-family platform,” Daniel Drimmer, CEO and president of Starlight Investments, added in the release.

“We look forward to building a premium multi-family portfolio in conjunction with PSP Investments and AIMCo.”

Denver is one of the fastest-growing U.S. metro areas with the lowest unemployment rate. The city is consecutively voted as the best place for businesses to grow by Forbes, with employers continuing to relocate and add jobs at a considerably faster rate than the national average. Denver is also a city where millennials, who are a key renter demographic, are the largest and fastest growing population group.

Parkhouse is located in a prosperous northern corridor of Denver. The downtown is approximately 25 minutes to the south, providing easy access to major employment centres and entertainment. Within walking distance to Parkhouse is access to major retail hubs and local hospitals.

PSP Investments is one of Canada’s largest pension investment managers with $135.6 billion of net assets under management as of March 31, 2017.

Alberta Investment Management Corporation (AIMCo) is one of Canada’s largest and most diversified institutional investment managers with more than $100 billion of assets under management.

Established on Jan. 1, 2008, AIMCo’s mandate is to provide long-term investment results for its clients. AIMCo operates at arms-length from the Government of Alberta and invests globally on behalf of 32 pension, endowment and government funds in the Province of Alberta.