Canada still has a shortage of off-campus, purpose-built rental student housing, as new supply is... 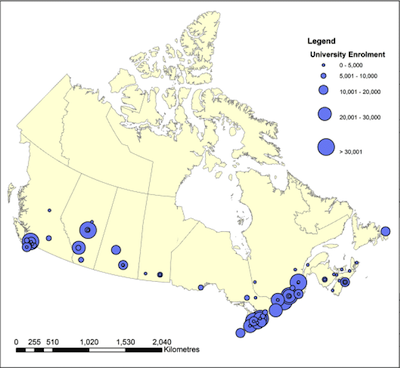 Canada still has a shortage of off-campus, purpose-built rental student housing, as new supply isn’t keeping up with demand from increased enrollment.

“Student housing is a subset of the apartment industry,” said Derek Lobo, chief executive officer and broker of record for SVN Canada Inc. and SVN Rock Advisors Inc. Brokerage, which has just released a white paper on student housing in Canada. “Apartments have been held back in many Canadian provinces because of rent controls.

“We haven’t had a merchant apartment building industry in Canada since the ’70s. If you don’t have a primary apartment industry, you’re not going to have the spinoff industry of student housing.”

There are more than 1.3 million full-time post-secondary students across Canada.

Most universities provide some on-campus housing for students coming from outside the city in the form of dormitories, apartments or villages of townhouses. Some offer meal plans to go with this housing. In very few cases, outside of small religion-based university campuses, is there sufficient on-campus housing available to meet demand.

As of January, an estimated 51,747 purpose-built off-campus student beds were available or were being built across Canada, according to SVN’s paper. The largest populations are generally in the largest cities and housing markets that are some of the most active in Canada.

The largest university in Canada is the University of Toronto, which is located in a region where private apartment vacancy rates are at 1.3 per cent and average rents are $1,648 per unit. The University of British Columbia is Canada’s third-largest post-secondary institution, and it’s located in a Vancouver neighbourhood with vacancy rates at 0.3 per cent and average rents of $1,996 per unit.

High rents and lack of supply have caused an overall affordability problem in both these cities, but it’s particularly acute for students relying on assistance from parents and income from summer jobs to pay for housing.

“Fifty per cent of students graduate with debt, and the average debt in Canada is $26,000 per student,” Lobo told RENX.

Casual rentals can come with issues

In the past, most post-secondary students lived in off-campus conventional rental housing provided by developers in the private sector. This housing was rarely geared to the needs or requirements of students.

These informal or casual rentals are typically single condominium units, detached or semi-detached homes, and townhouses offered for rent by their owners, who may or may not remain in residence. Many of the rentals slip under the radar of Landlord & Tenant acts, which means students renting them don’t always enjoy the legal protections they should and don’t have any guarantee of quality or safety.

Many students, to address financial constraints, try to lower their individual costs by living with other students. In conventional rentals, it generally means leasing a unit, and then sub-leasing to roommates to share the rent.

This places burdens on the student and raises uncertainties for the landlord. If a roommate moves out, other tenants have to cover that share of the rent.

In the past 20 years, there’s been a growing trend in the United States and Europe for developments to be built specifically to meet the needs of student renters. While Canada may be slowly catching up, it still has a way to go.

“It’s ironic that the Canada Pension Plan makes investments in student housing in America and Europe and not in Canada because there isn’t any to buy,” said Lobo.

“Ten years ago, it was a tertiary cottage industry. Now it’s moving more toward a secondary industry, but it’s not like condos, apartments and hotels yet. It’s still a business that’s developing.”

Privately operated, purpose-built student residences are the most attractive type of off-campus housing for students. They offer comparable (and in some cases superior) modernity, quality and amenities to even the newest on-campus student residences.

They also operate under provincial Landlord & Tenant acts and usually adopt and enforce the codes-of-conduct which the local university or college applies to their on-campus residences.

“The lease-up and property management platform is quite different than with purpose-built rentals,” said Lobo.

“Just because you have a piece of dirt right next door to a university doesn’t mean you can be a good student housing provider. It means that you have something valuable because location is the number one factor in this business.

“The only other business where location is more sensitive is airport parking.”

Lobo pointed out there’s a 40 to 60 per cent annual turnover rate in student housing compared to a 10 to 20 per cent rate in regular purpose-built apartments. Most students move in at the beginning of September and move out at the end of May, which can present logistical issues in accommodating such intense and concentrated activity.

Purpose-built student housing rents units by the bed, rather than by the door. Students are responsible for their own rents, and all tenants within a unit are covered by the protections and obligations of the lease. Student housing apartments are often four- or five-bedroom units, which enable students to pay an affordable rent by the bed, while granting landlords a higher income per square foot. 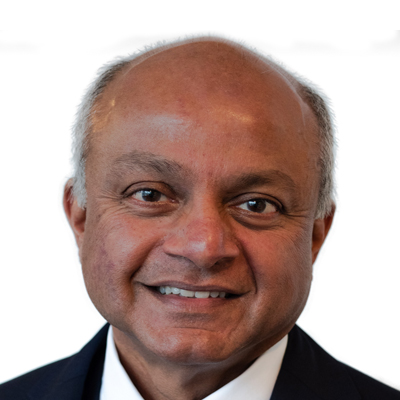 This additional income covers the increased maintenance costs associated with student housing and is also helping to increase the supply of new student housing at institutions across Canada.

“If you want to invest in student housing, it’s more of a development business than an acquisition business,” said Lobo. “There’s not enough of it to buy.

“Landowners should be teaming up with developers and people who have expertise in student housing.”

The region that’s most successfully addressing the demand for purpose-built student housing is Waterloo, Ont., which has 23,387 beds in off-campus developments. However, this is still below the estimated student population of more than 42,000 attending the area’s two major universities who’ve come from outside the region.

“It’s far from perfect, but they’ve done a very good job,” said Lobo of Waterloo’s city planning efforts. “They changed the zoning around the universities and allowed intensification.”

Toronto is the next largest market of off-campus purpose-built student housing with 4,681 units, followed by London with an estimated 3,500, and Vancouver with 3,099.

Lobo also praised Oshawa’s municipal government and developers for their efforts in providing housing for University of Ontario Institute of Technology and Durham College students.

“They brought in zoning that allowed for intensification and they actually have enough student housing without the schools having to build it,” said Lobo. “People bought up houses and old strip malls and they allowed the density to increase.”