A third of Quebec landlords have asked tenants for security deposits when they sign a lease, despite the fact the province forbids the practice, according to a survey by the homeowners’ group CORPIQ (Corporation des propriétaires immobiliers du Québec, or Quebec landlords’ corporation). 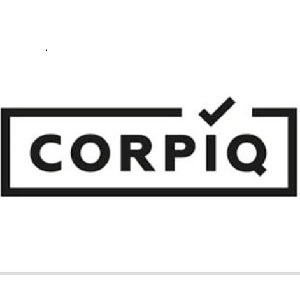 CORPIQ is asking the Quebec government to legalize security deposits for apartment rentals.

Hans Brouillette, director of public affairs at CORPIQ, believes Quebec is the only jurisdiction in the Western world where it is illegal for residential property owners to ask tenants for security deposits.

“There is no way to guarantee that the dwelling will be left in good shape by the tenant if a security deposit is not allowed,” he says.

The survey found during the past two years 64 per cent of owners have had at least one tenant who left their apartment in bad shape.

It also found 64 per cent of owners say tenants leave the apartment in better shape when a security deposit is requested. For others, the security deposit allows them to recoup all, or at least part of, a loss.

Among the reasons owners sometimes ask for a security deposit are tenants’ lack of income, or an insufficient or non-existent credit record. As well, almost half of owners rent an apartment that includes appliances or furniture, with the risk of it being damaged or stolen.

Owners who ask for deposits tend to have had bad experiences with tenants. They’ve also lost confidence in obtaining justice and recovering their money from the rental board, says Brouillette.

Common practice in other jurisdictions

“While they know it’s illegal, owners do not consider the practice as being immoral because the security deposit helps limit illegal behaviour on the part of tenants and because security deposits are permitted everywhere else.”

While Quebec does not allow security deposits for rental housing, it is permitted in a number of other situations, CORPIQ notes, including for the rental of tools or for Bixi bike rentals in Montreal. In addition, telephone and Internet providers ask for a month’s payment in advance.

CORPIQ is asking Martin Coiteux, the Quebec minister responsible for the rental board, to change the law to allow security deposits when leases are signed.

In 2015, the former minister responsible for the rental board said the legislation would be changed. That promise was made after CORPIQ brought a petition signed by 12,000 landlords to the province’s National Assembly.

“Since it’s illegal, it’s important for us to convince the government that Quebec society would benefit if we had the right to ask for it,” Brouillette says.

Brouillette says $100 million is lost annually in damages to apartments and $220 million in unpaid rent, which translates into less tax revenue in government coffers.

CORPIQ says the Quebec government would also win by legalizing security deposits because it would reduce the 50,000 cases filed annually to the Régie du logement (rental board) for non-payment of rent or damages.

In can take two years to hold a hearing before the rental board for damages, and four months to evict a tenant for non-payment of rent, Brouillette says.

“The courts do not protect owners in Quebec – they take too long and you don’t get your money back. So landlords have had enough.”

He adds a growing number of small owners prefer to leave their apartments empty rather than rent them.

Although security deposits are frowned upon by tenants’ rights groups, Brouillette says allowing the payments would solve more problems than it will cause.

He suggests Quebec could follow the example of Saskatchewan, where the government guarantees the security deposit for low-income tenants. If the security deposit is legalized, it could be put in trust and would require both the landlord’s and the tenant’s signatures in order for it to be recouped.

CORPIQ has 25,000 members who are owners and managers of apartments and casinos, which in most cases are duplexes or triplexes.