Reasons not to sell your apartment building 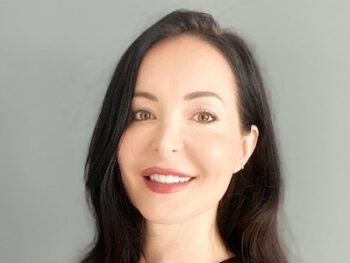 GUEST COLUMN: As brokers who match buyers and sellers of apartment buildings, we run into many objections to selling from owners during our prospecting. 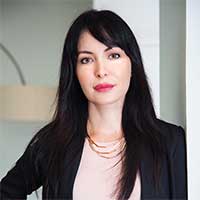 Sometimes it’s just not the time to sell and we respect that. But even when it is time to sell, there are still questions we hear consistently, which we answer fairly and honestly.

Some common examples below:

Real estate is not a liquid investment vehicle, and if it gets transferred upon death to your heirs, the tax implications can be onerous and erode the net value you had hoped to transfer.

In some cases, the heirs have to place financing on the asset just to pay the taxes at the point of transfer – all while having to figure out how to divide the asset. As owners are approaching retirement and contemplating inheritance issues, they should seriously consider selling the real estate and dividing the proceeds (if applicable) during the duration of their lives.

Even when heirs are not in the picture, an older owner should consider that there is poor liquidity in real estate.

Commercial sales take a few months at the least. If environmental or other issues are discovered, even a viable sale can take up to a year to close, during which there is no access to the funds.

Liquidity and access to cash become key in the later stages in life, and investments which can be liquidated within 24 hours are widely available as alternatives to owning a building.

As Benjamin Franklin once said, “there are only two things certain in life: death and taxes.” The taxes are due no matter what. Irrespective when the sale occurs, taxes will be due in one form or another.

That being said, there are (legal!) workarounds to capital gains taxes which should be discussed with your accountant and lawyer.

For example, if the seller takes back a mortgage (VTB), the tax implications will be spread over a certain time period such as five years. Most bigger buyers are willing to help bridge a sale by taking a VTB from the seller, the interest from which may well be similar to the cash flow the owner was getting from the building in the first place!

This means the seller can collect the same monthly income to which they are accustomed, and postpone the tax issue, while having removed the burden of running the building.

3. “The apartment market continues to go up and up, why sell now?”

The apartment market has been exceptionally strong of late, due in large part to interest rates which in the last 10 years went from six to three per cent; meaning cap rates went from seven per cent to four or five per cent. For this trend to continue, the interest rates would have to go to negative.

We have been blessed during the last 10 years, but interest rates are a key driver for real estate investment – dictating how much financing and return a buyer can achieve – and therefore how much they are willing to pay for the asset.

Additionally, consider if there are any economic hesitations which scare lenders: war, bank failure, the country going into a crisis (think 2008) – which changes the game in terms of price, liquidity, and security.

Positive demographics have also helped prices, as well as the lack of new rental product, but this too will change in time, with the government and private developers finally having turned their attention to increasing supply.

4. “I have not maximized my income, nor cut my expenses yet.”

We are actually surprised at how often we hear this from older private owners.

This is a personal decision – but here is the bottom line: The person who does the work is the one who gets paid. Unit renovations to increase the rent are a good example: if you want to do the work and have the expertise, go ahead; this takes time (having to wait for unit turnover, incurring the time and expense to renovate).

The point sometimes overlooked is that the same renovation completed by an owner might not be completed at the same cost to a potential buyer. We had one seller contemplating a $500,000 renovation, but had a buyer who was in the contracting business himself and was ready to do the work with “his guys” for just $300,000.

The buyer was therefore able to rationally pay more for the building, and it made no economic sense for the seller to complete the work himself.

We advise though, that when units are fully renovated and at “market” rent, this means less rental upside for a prospective buyer. Therefore, the cap rate the potential purchaser will be willing to pay will be increased – albeit based on a higher NOI.

What do you want to do with your time? What is your expertise? There is no right or wrong answer, but as an owner you need to know before you consider a sale.

5. “There are capital expenditures to prepare my apartment building for sale.”

Capital and energy are best spent on items which immediately impact the net operating income. Unless the capital expenditure is an emergency (foundation issues, leaking roof, etc.) it’s better to let the next buyer deal with these issues and make a price adjustment to compensate if needed.

6. “I just don’t know what I would do without my building; I know I should sell, but it’s an emotional issue for me.”

As brokers, we don’t pretend we’re Tony Robbins, but on a personal level, we believe at any age, once financial stability has been achieved, there is so much more to life than sitting in the management office.

Getting more involved with your children and grandchildren, the community, travelling, spending half the year in a warmer climate, reading or learning a new skill – these are rewards of a life well-lived. If being challenged is still in the cards, starting a new business, offering a wealth of experience to the grandkids’ businesses, or mentoring youth can be both challenging and rewarding.

I read once that “nobody on their death bed says: I wish I had spent more time at the office . . .”

We get one life.

Ramona Ursu is a Partner and Broker at Baron Realty in Toronto. Baron specializes in matching buyers and sellers of apartment buildings. [email protected]

Ramona Ursu is a Partner and Broker at Baron Realty, Brokerage. Baron specializes in matching buyers and sellers of apartment buildings in Ontario and Quebec. In her articles, Ramona draws…

Ramona Ursu is a Partner and Broker at Baron Realty, Brokerage. Baron specializes in matching buyers and sellers of apartment buildings in Ontario and Quebec. In her articles, Ramona draws…