An Edmonton-based homebuilder which recently launched operations in Calgary aims to double the number of homes it builds each year and become the “Costco” of real estate as it also expands into the commercial market. 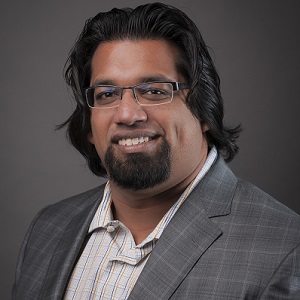 Rohit Gupta is president of the Rohit Group of Companies, which is based in Edmonton but also now has operations in Fort McMurray, Calgary and Regina. (Image courtesy Rohit Group)

Rohit Gupta, president of the Rohit Group of Companies which also builds homes in Fort McMurray and Regina, says the company believes it will be producing about 750 to 850 housing units a year by the end of 2019.

“We were looking for avenues to deploy capital. We like homebuilding as a vehicle to deploy capital in. And one of the things we thought about is there’s a little bit of a saturation point for us in the Edmonton market,” says Gupta.

“If there’s an opportunity where we can expand into another market and continue to deploy capital, where would we go? Calgary seemed most reasonable.

“We had relationships that could extend from Edmonton down into Calgary both on the vendor and the developer side.”

The Rohit Group, which has been in business since 1986 and has 170 employees, is a land developer, homebuilder, commercial developer and real estate lending company.

Gupta says the business could eventually expand into other Canadian markets.

“Right now we’re just trying to stabilize our business as we expand into Regina and Calgary . . . Regina we went in 12 months earlier than Calgary and we’re just going through the growth pains right now and trying to manage that. Once we absorb the growth in 18 to 24 months, we’ll start looking at the next market,” says Gupta.

However, Gupta adds he expects the Alberta market to continue to be a weak one and a tough market for a couple of more years as it slowly recovers from the recession in 2015 and 2016, which was caused by a collapse in oil prices.

The Rohit Group has neighbourhood retail and suburban office space in its portfolio. It develops properties that it will hold or sell depending on the situation.

Right now, it has a relatively small portfolio in terms of developed commercial assets – roughly about 120,000 square feet. But Gupta says the company has about 100 acres that can be developed over the next eight to 10 years for retail.

“We see ourselves becoming a full-scale builder/developer that buys land, sells land. A Costco of real estate. We’ll be providing all these services. We’ll be focusing on what we have in Alberta and southern Saskatchewan and we see ourselves eventually becoming more of a commercial developer and a financier as our business evolves,” he says.

The family-owned business was founded by Rohit’s father Radhe.

His father, originally from India, lived in Alberta in the 1970s but moved to Libya in the 1980s. The oil and gas industry engineer saved cash while working in Libya in order to buy real estate assets in Alberta and the real estate company took off from there.

The company today is youthful, with the average age of its workforce just under 38.

“We are more of a high-energy, analytical team that is trying to take a different approach to residential construction,” says Gupta. “We’re focused on being a fun place to work.”

An indication of that was the recent launch of its second workplace video  “You’re the One that We Want!”

The video is a humorous twist on stale recruitment techniques, themed after the movie Grease. It features Rohit’s employees in the roles of Danny, Sandy and their retro crew as Danny goes through the process of becoming a “Rohitian.”

The video was written and choreographed entirely by Rohit staff.

The video is a sequel to Rohit’s “Caught Working Safe” production from last year, a parody of N’Sync’s Bye Bye Bye focusing on promoting safety in the residential construction industry.

The Rohit Group has won the Leadership award four years in a row at the Canadian Home Builder Association (CHBA) – Edmonton Awards of Excellence in Housing.

Rohit Communities, the home building division and foundation of Rohit Group of Companies, has been named Edmonton’s Multi Family Home Builder of the Year four times in the last six years.