Segmenting boomers: The pyramid of boomerdom 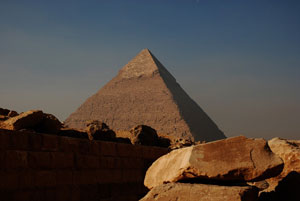 The segmentation model for Boomers summarized in this post was given to me in rough form by my friend Iain Meredith, who spent many years at Altus Group studying consumer behavior and trends in the housing market for various real estate clients. I’ve renamed the segments and fluffed up the descriptions a bit, but the idea of a Pyramid of Boomers comes from him.

The population percentages I’ve used are very approximate. The Pyramid of Boomers is only meant as a rough segmentation sketch that works well for the discussions in this book. If someone were to take the time to analyze Boomer net worth, and overlay housing purchase intentions, they’d come up with different numbers, but the same general conversation would ensue.

The top 25% of the Pyramid of Boomers is a sub-segment I call the Affluentials. These Boomers are the wealthiest of the lot, and are moving to Multi-Family Homes (MFH) because it is a Great Adventure. The housing industry has recognized this group can be profitable and are actively building lavish luxury condominiums for them.

The next and largest sub-segment accounts for roughly 50% of the entire Boomer population, and I call them the Reluctants. They are moving, reluctantly, to MFH because they must. They have no choice but to sell the single-family home to unlock equity to fund their retirement. They represent the biggest challenge for the housing industry, and the biggest opportunity for profit if we can figure out how to build to suit their needs.

At the bottom of the pyramid is 25% of the Boomer population who we have called the Underprepared. They do not have the financial resources to consider a traditional swap from the single-family home to the MFH. Specialized companies are discussing and experimenting with alternative housing options to satisfy this group of consumers, but for the majority of companies in the MFH industry, this group will be difficult to serve.

For real estate developers, the opportunity is in the middle. The largest group of Boomers, the Reluctants, are making the move to MFH because they have to. The last thing they want is housing product that makes them even grumpier. So far we’ve been building for the Affluentials, mostly. Our next great challenge as an industry will be to find a way to make the Reluctant Boomers happy, and still make a buck.

In subsequent posts I’ll dive into each of the three segments of the Pyramid of Boomerdom in more detail. Stay tuned!

Any questions or comments are always welcome at [email protected].