Shared office space could account for as much as 20 per cent of the overall office market in Canada within the next decade, according to a new Cresa study. 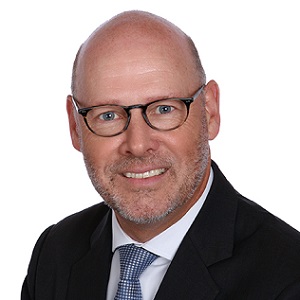 Ross Moore of Cresa is the co-author of the Canadian Coworking and Shared Office Study, which reports on the trends in Canada. (Image courtesy Cresa)

“There are two distinct markets,” said Cresa senior vice-president Ross Moore, who co-authored the study with research analyst Sheldon Dobsi. “There are the big companies that are looking for temporary space for whatever reason and startups.”

A shared office is a format that allots a specific group of people a small office within the confines of a larger premise. Co-working offers either a hot desk (where multiple workers use a single physical work station during different time periods) or a dedicated desk within an open and collaborative environment.

The rapid growth of co-working has moved beyond its origins as an alternative to traditional office space originally favoured by the technology, startup and freelancing communities. Businesses of all sorts and sizes now recognize the value of flexibility, community and shared resources.

Today’s more mobile workforce is looking beyond traditional offices. Companies including Regus, WeWork and LiquidSpace — which lease space from building owners and then re-lease it to “members” — have redefined what shared office space should look and feel like while catering to environmental and health and wellness concerns.

Moore said some companies that have offered packaged offices for years and haven’t changed much are now seeing the success of these firms and other progressive operators and are slowly starting to update their offerings.

Cresa is a commercial real estate adviser that works exclusively for tenants.

“We are going to start suggesting shared office space more than we have in the past,” Moore said

He estimates it costs 15 to 20 per cent more to rent co-working space than to lease traditional office space. Some tenants are willing to pay that premium since they don’t want to be locked into longer leases because they can’t predict their pace of growth.

“There are very few companies now that can say with absolute certainty that they know what their space requirements will be over the next five years because the world’s changing faster and everybody’s moving to contract-like work,” said Moore.

Landlords like to have complete control over their buildings, of which co-working and shared office space removes an element. That explains why more building owners are expected to offer their own shared spaces instead of signing leases with third-party operators. However, at this point Moore said most of them are taking a “wait and see” approach.

“Landlords work very hard at branding a building, and part of that branding is who its tenants are,” said Moore. “There are certain tenants they don’t want to have.

“And as soon as you lease that space to a third party, you lose that control. It’s quite difficult to put a price tag on that.”

Density ratios are often higher in shared office spaces, putting pressure on a variety of systems. Tenants constantly moving in and out of a building can also create wear and tear, another reason building owners may be reluctant to lease to shared office space operators.

Focus on Toronto and Vancouver

The Cresa study focused on the Greater Toronto Area (GTA), where there’s one million square feet of co-working space at 85 locations, and Vancouver, where there’s 790,000 at 59. Toronto’s downtown core has 69 per cent of the locations while Vancouver’s core has 56 per cent.

About 87 per cent (based on square footage) of the co-working companies offering services in the GTA are comprised of nine operators: iQ Office Suites, Workplace One, Regus, WeWork, Workhaus, Office Exec, Brightlane, Centre for Social Innovation and The Fueling Station. With the exception of Regus’ 41 locations, the majority of companies have one site. Outliers have two to five.

Moore said future Cresa studies of shared office space will include Montreal because of its “high concentration of new economy-type tenants” and the fact WeWork has two locations there.

The remaining 36 locations are operated by a variety of groups, most with just one location. The split between shared workspace and co-working space is 430,000 square feet and 360,000 square feet respectively, although this distinction is quickly disappearing, according to the Cresa study.

Regus was founded in Brussels, Belgium in 1989. It has 3,000 locations in more than 900 cities worldwide and has a market cap of US$3.75 billion. It has 104 sites across Canada and has doubled its number of locations in the last three years.

Regus acquired the WeWork equivalent, Spaces, in 2015. It will open a 50,000-square-foot Spaces location at 180 John St. in downtown Toronto on Nov. 13. That will be followed by a 35,000-square-foot centre in Montreal and the aforementioned Vancouver space in March.

“I’m not sure if it’s a game-changer for Regus yet, but I think it’s highly significant,” said Moore. “They’re now pushing very hard and are convinced that they’re going to grow Spaces.”

WeWork was founded in 2010 in New York City. It has more than 165 locations in 16 countries and has ambitious expansion plans funded by a US$20 billion market cap.