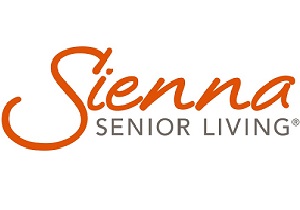 Sienna said the transaction will grow its private-pay suite portfolio by 63 per cent and represent approximately 44 per cent of its pro forma NOI.

The residences comprise a total of 1,245 suites and support both independent supportive living (ISL) and assisted living (AL) facilities. All of the suites have been constructed since 2000 or are recently renovated.

The occupancy rate, Sienna says, is 93.6 per cent across the portfolio.

It estimates the cap rate to be 6.1 per cent.

Retirement residences in the sale

“The acquired properties are leaders in their respective markets with unique programs and services in place and have over 750 team members who are experienced in seniors living and will further strengthen Sienna’s team and operating platform,” Lois Cormack, president and chief executive officer of Sienna, said in a media release.

The properties included are:

Three of the properties also include additional land for future potential expansion. Sienna also plans to invest $3 million in improvements to the acquisitions in the “near term.”

The acquisitions are subject to the usual regulatory approvals and closing conditions, Sienna says, and are expected to close in Q2 2018.

Funding for the transaction

The acquisition is being funded via approximately $76 million in existing mortgages (weighted average interest rate of four per cent), a $163-million acquisition term loan facility the company expects to refinance post-closing, proceeds of a $160-million public share offering and Sienna’s existing credit facilities.

Sienna says its debt-to-gross-book-value ratio is expected to remain unchanged from Sept. 30 at approximately 52 per cent post closing.

The public offering, led by TD Securities Inc. and BMO Capital Markets, is for 9,066,000 common shares at a per-share price of $17.65 for proceeds of about $160 million. The underwriters also have an over-allotment option for an additional 1,359,900 shares at the offering price, which would bring the total proceeds to approximately $184 million if exercised in full.

The purchase is the second major transaction for Sienna in recent months. It also bought the luxury Waterford Barrie and Waterford Kingston Retirement Residences for $164 million, adding their 384 suites to its portfolio late in 2017.

Sienna owns 75 seniors’ living residences in Canada, offering a full range of seniors’ living options, including independent and assisted living, long-term care, and specialized programs and services. The company has more than 11,000 employees and was named one of Canada’s Most Admired Corporate Cultures in 2017.