SmartREIT (SRU.UN-T) and a subsidiary of Strathallen Capital Corp., announced Friday morning they have agreements to acquire OneREIT (ONR.UN-T) and take the trust’s assets private. 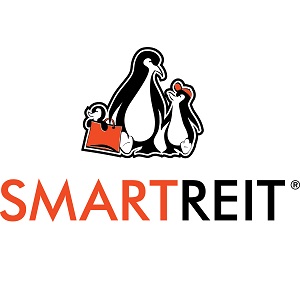 The transaction is valued at $1.1 billion and includes 56 properties, the firms said in a series of releases. It is the outcome of OneREIT’s strategic review process, which was first announced in June 2016, and is subject to various regulatory approvals and a vote of OneREIT unitholders.

The transaction values OneREIT units at an equivalent of $4.26 per unit, or a 14.5 per cent premium to the closing price of the units on the TSX on Thursday. As part of the arrangements, all of OneREIT’s outstanding shares will be redeemed.

Goldhar has an agreement of support

Mitchell Goldhar, who controls 18 per cent of the outstanding OneREIT shares, and holds the rights for 25 per cent of the votes which can be cast by OneREIT unitholders, has an agreement of support for the transaction.

OneREIT’s board of trustees has also recommended unitholders vote in favour of the transaction.

Under terms of the transaction announced Friday, Strathallen will purchase 44 OneREIT properties for $703.5 million plus costs and commissions. The properties comprise 4.6 million square feet of retail space and feature a wide diversity of tenants, from grocery and drug stores to other retail and services.

“The acquisition of this portfolio will be transformational for Strathallen,” president Laetitia Pacaud said in a release. “Our strategic plan for realization of value from the properties will entail focus of Strathallen’s unique approach, national platform and the proven skills of experienced personnel.”

The Strathallen acquisitions will be funded by Strathallen Retail Property Fund IV and an institutional investor.

SmartREIT will purchase the balance of OneREIT’s assets through a court-approved arrangement, including 12 properties for approximately $429 million. These assets are comprised of 10 shopping malls and mixed-use properties in Ontario, the Golden Mile Shopping Centre in Regina and the Chilliwack Mall in British Columbia.

They total 2.2 million square feet of space and are 93 per cent leased, the trust says.

“This group of assets provides excellent opportunities for future mixed-use or other forms of intensified development, a great addition to our new development platform and the other assets are well-positioned in terms of their market and strong tenant covenant,” SmartREIT CEO Huw Thomas said in a release.

“This 2.2-million-square foot portfolio also strongly aligns with SmartREIT’s existing 32 million-square-foot portfolio of principally food-anchored sites with long-term leases, along with many redevelopment opportunities and intensification initiatives, including adding to our residential, seniors and storage programs.”

SmartREIT also believes there is considerable room for growth at several of the properties, with the potential for up to 1.75 million square feet of additional space.

If all approvals are granted, SmartREIT expects the transaction to close in September.

OneREIT is an unincorporated, open-end real estate investment trust with more than $1 billion of total assets. It owns and manages 56 properties across 10 provinces and territories in Canada covering seven million square feet.

SmartREIT is one of Canada’s largest REITs with total assets of approximately $8.9 billion. It owns and manages 32 million square feet in value-oriented, principally Walmart-anchored retail centres, having the strongest national and regional retailers as well as strong neighbourhood merchants.

In addition, SmartREIT is a joint-venture partner in the Premium Outlets locations in Toronto and Montreal with Simon Property Group. SmartREIT is now expanding its portfolio to include residential (condominium and rental), office and self-storage.