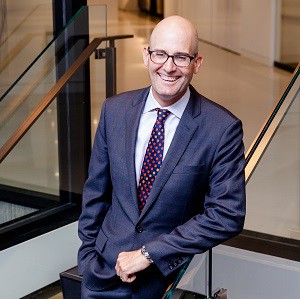 “We have affordability and a tremendously high quality of labour, and we also have tremendous government and immigration policies in place that are creating a little bit of a snowball effect.”

Toronto added 22,500 tech jobs from 2015 to 2016 and ranked second only to Vancouver in terms of offering the best value when it comes to cost and quality of talent.

“Currency is a factor, but it’s not the only factor that’s creating the competitiveness,” said Dietl.

Toronto is North America’s fourth largest tech talent market, with more than 212,000 workers. Tech talent comprised eight per cent of all workers in 2016, up from 6.9 per cent in 2015.

This tech growth has been a major contributor to downtown Toronto’s office vacancy rate dropping to a record low of 3.8 per cent during the second quarter of 2017. The demand for office space from the tech sector has doubled during the past five years.

“About 20 per cent of the demand is from the high tech area,” said Dietl. “That doesn’t include adjacencies, which would be consulting firms, venture capital firms and private equity firms. As high tech grows, you’re going to see those grow as well along with it.”

The GTA has an overall office vacancy rate of nine per cent, and downtown Toronto is definitely attracting most of the tech interest. Within that area, there are certain clusters that are particularly thriving, according to Dietl.

“The MaRS Discovery District has seen tremendous growth and right now is close to capacity. King West as a neighbourhood has always had a strong tech sector and will continue to.

“One of the interesting shifts that we saw a few years ago when Google moved into the financial core was that other tech companies followed in its footsteps into what we would call more traditional office space. The downtown financial core is no longer just for banks and law firms. Tech is really starting to come into that node and we expect more of that to follow.”

The largest GTA tech office deals in the first half of 2017 included:

* and EventMobi with 17,000 square feet at Queen’s Quay Terminal.

Allied Properties REIT has been a leader in revitalizing older buildings and turning them into tech spaces that attract young and forward-looking workers.

Dietl said other landlords are also working with these brick and beam buildings, and they’ll continue to be a driver in attracting tech companies. But developers and high-rise office building owners looking to attract and retain this workforce have helped to create “really vibrant spaces that are open concept and have some exposed ceilings and are more progressive than your traditional office space.”

Domestic startups and larger international firms are combining to fuel the demand for tech office space, according to Dietl.

Work being done at the University of Toronto and the Vector Institute has created a surge in interest in artificial intelligence. That field is expected to have a growing impact on Toronto office space.

Vancouver and other Canadian tech cities

Vancouver, with the University of British Columbia acting as a startup pipeline, was the only other Canadian city included in the report. It ranked 16th among the 50 North American markets.

“That speaks to Canada’s attractiveness when it comes to being affordable, like Toronto,” said Dietl. “It has a very vibrant millennial population that is educated. And thirdly, it has government funding and immigration policies that we share as a country.”

Vancouver’s largest tech office deals in the first half of 2017 included:

Dietl cited Kitchener-Waterloo, Montreal and Halifax as other Canadian cities where the tech sector is having a positive impact on local office markets.