True North Commercial Real Estate Investment Trust (TNT.UN) says it intends to purchase seven office properties in five Canadian cities and is making a $50-million share offering as part of its financing for the purchases. 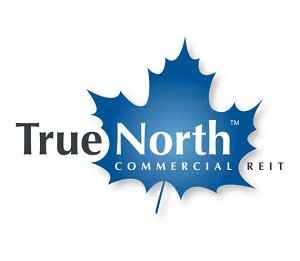 Because neither the transactions nor the offering are finalized, True North has released few details about the buildings involved. Two are in the Greater Toronto Area, two in Ottawa, one in Calgary and one each in Abbotsford and Victoria, B.C.

“We are extremely pleased to announce the expansion of our asset base in existing strategic urban markets and the equity raise on a bought-deal basis.” said president and CEO Daniel Drimmer, in a release issued Wednesday. “These fully occupied potential acquisitions could add approximately 15 per cent to the REIT’s gross leasable area and demonstrates our continued focus on government and credit-rated tenants and our ability to capitalize on opportunistic transactions as they arise.”

A spokesman for True North declined any other comment pending completion of the offering and the transactions.

True North did say, in the release, the properties would all be acquired from “arm’s length vendors”. They comprise a total of 486,000 square feet and are 100 per cent occupied.

The building tenants have a weighted average remaining lease term of 8.3 years. The purchases would have an implied combined capitalization rate of 6.7 per cent.

The offering will be led by CIBC Capital Markets and Raymond James Ltd., selling on a bought-deal basis 7,837,000 shares at $6.38 per share. An overallotment would allow for the purchase of up to an additional 1,175,550 shares.

The offering is expected to close on or about July 20 and is subject to standard conditions and regulatory approvals.

True North said the offering is not conditional on closing of the transactions. If any funds are not allocated to the transactions, they will be used to repay debt until True North can arrange other future acquisitions.

If all the acquisitions close, True North said its portfolio will grow to 3.8 million leasable square feet and be 95.2 per cent occupied. It would have a weighted average lease term of 4.6 years and 78 per cent of  revenue will be generated by government or credit-rated tenants.

The REIT is an unincorporated, open-ended real estate investment trust based in Ontario. The REIT owns and operates 41 commercial properties consisting of approximately 3.3 million square feet in urban and select secondary markets across Canada.

The REIT is focused on growing its portfolio principally through acquisitions across Canada and other areas.