Urban centres will be boomerful 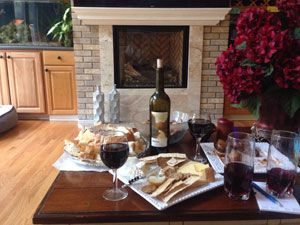 In 2015, I wrote a book called The Stackable Boomer. Below is chapter one.

In subsequent posts on this blog, I will share insights from the book, from our research, and from the developers, architects, planners, designers, authors and Harvard professors who contributed their ideas on how we can do a better job building homes in high-density communities specifically for Boomers.

The Stackable Boomer:  Urban centres will be boomerful

As with most things in life, the numbers matter. And in this case the numbers are staggering.

For Canadian readers, be aware that the numbers I am about to share are U.S. figures. I apologize in advance that I wasn’t able to find comparable numbers for Canada. If you’ve got the Canadian statistics sitting on your desk and you’ve been wondering what to do with them, you can send them to me at [email protected] and let’s see how different they are.

In the meantime, I believe the U.S. figures are at least directional. According to Wikipedia, in 2014 the population of Canada was 10%-ish of the population of the USA, so the numbers that follow should apply to the Canadian story in a 10%-ish kind of way. This 10% filter means the extrapolated Canadian numbers are just as monumental and game-changing, but on a quieter and more polite Canadian scale.

* In the United States, 10,000 Boomers every single day will reach retirement between now and 2030. To put that number into some perspective, that’s a quarter of the population of the small town in North Dakota where I went to university. Given this rate of retirement, if the phenomenon was focused on just my alma mater, the whole town, every man, woman and child, would be retired in less than a week. Imagine another small town retiring every week, for 52 weeks a year. That’s a lot of Boomers sitting in a lot of IHOPs drinking coffee at 5 am.

* 50% of the U.S. population will be over 50 years old by 2030. The youth-obsessed culture of the aging Boomers will be operating on hyper-drive, with trend-watchers peering over the shoulder of anyone under the age of 18 to find out what we should be wearing, eating, saying, and thinking about next. The entire anti-aging industry will rebrand itself as the youth-preservation industry, and billions will be spent on creams and pills and surgery and age-inappropriate tank tops.

* Already accounting for more than 1/3 of the population, people over the age of 50 will number 161 million by 2050, up 63% from 2010. That means 161 million consumers will be trying to figure out what to do next, and how to avoid the years of unappealing and ghastly decline they watched their parents live through. 161 million people doing anything at all will change our culture in ways we can’t even begin to imagine.

So what do these statistics prove? Nothing more than what we already know. The Boomers keep getting older, and there are a whole lot of them, more of them than anyone else. Enough of them, in fact, to change everything we think we know about housing and communities.

Boomers are already a larger percentage of downtown populations than ever before. If you broaden the geography to include urban nodes clustered around transit stops, re-urbanized suburban villages, and other areas of high-density Multi-Family Home (MFH) buildings, the numbers are bigger still.

In some better-planned, more fortunate cities with attractive urban areas, the only demographic subset that can afford to live in the gleaming centrally located towers is the cash-rich Boomers. They are re-gentrifying neighborhoods, much to the chagrin of the lower-income residents who were there before the Boomers started to arrive.

In other cities, Boomers are moving into near-deserted areas and creating vibrant robust MFH communities, rescuing these under-utilized lands from continuing creaky decay.

There isn’t a singular description of Boomer influence on high-density MFH life because our cities, towns and urban nodes are all at different stages of evolution. Some are lifeless and sterile, some provide low-income housing and a haven for the disenfranchised, and others are already playgrounds for the Vuitton-clad. Regardless, the sheer volume of Boomer-buyers creates a tsunami of money that will change and create high-density neighbourhoods, for better or worse depending on your perspective. Even a very small segment of the total Boomer cohort making a decision to migrate somewhere new will have enormous ramifications on how we live and what we do.

Not everyone is thrilled about this Boomer migration to urban environments. The grumpiest are typically younger residents of gentrifying neighborhoods who don’t see Boomers enjoying a new lease on life. Instead they see a lot of oldsters in skateboard T-shirts, nursing injuries from parasailing or cardio-kickboxing, taking up chairs in the indie coffee shops while everyone else waits on them to finish their mochaccino and organic date squares.

One article in the New York Times included a quote from a Millennial resident of Brooklyn who referred to the Boomers moving into his neighbourhood as Broken Hip-sters.

With the money Boomers bring, even urban areas that aren’t so shiny and bright will be revitalized. New shops and cafés will open where abandoned lots and storefronts once stood. When the Boomers decide they want something, even just a small percentage of them, they can make it happen. In this case, they have decided they want an urban existence with good wine stores and fresh flowers. Real estate prices and the cost of living increase as more affluent Boomers move into these neighbourhoods creating demand for more upscale shops and services. As a result, the younger artists and entrepreneurs that made the area interesting in the first place are generally forced to flee for less expensive digs.

* In Fort Worth, Texas the population of downtown has reached roughly 50% Boomers and 50% Millennials.

* William Frey, a demographer with the Brookings Institute in Washington, D.C., said, “Boomers are such a large population, even if only a small sub-segment move to downtown, it is still significant”.

* One of the largest builders of MFH in the United States, Toll Brothers, a NYSE-listed company with current operations in 20 states, is reporting 25–75% of sales in their newest urban towers have been to Boomers. Company representatives have said that they find this surprising.

Instead of grumbling about the influx of Boomers, their Generation X, Y, and Millennial neighbours with any sense would open a specialty cheese boutique, fill the shelves with attractively packaged gluten-free crackers, and take advantage of the new cash and customers.

Any questions or comments are always welcome at [email protected].