Winners and losers in the suburban office market

While the intensification-mixed-use office building boom is getting most of the headlines among those who follow the real estate industry, suburban office is not going away. 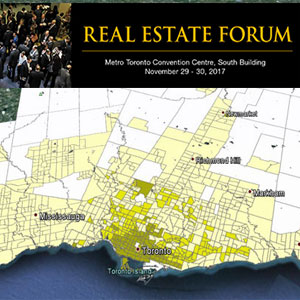 That was one of the key takeaways from a state of the office market panel at last week’s Toronto Real Estate Forum.

To sum up the 50-minute presentation in a few words: downtown intensification is still going strong but the suburbs have some strengths and will not be hollowed out.

One of the `burbs boosters on the panel was Stephen Taylor, vice-president of real estate with hospital pension fund HOOPP, which just happens to be a major suburban office owner with big holdings such as Mississauga, Ont’s Airport Corporate Centre.

“I think the death of the suburbs has been way overplayed. I also don’t think it is an either/or scenario. We see a lot of growth happening both downtown and in the suburbs.”

A gap between winners and losers

One key difference of suburban office? Quality is important. “The gap between the winners and the losers is very dramatic,” said Taylor. “The buildings that are working nowadays are quite a bit different than what some of the traditional product has been in the suburbs. There are a lot of assets out there that are either functionally or location-ally obsolete.”

Further proof that suburban office is not dead in an urbanizing centre like Toronto? Rush-hour gridlock nearly as bad leaving the central core as workers fan out to those 905-area office destinations, Taylor observed.

“Not every tenant needs to or wants to be downtown. They are looking for functionality. A lot of the space is no longer functional but as the new space is being developed that is being solved and when you look at the cost base of producing product in the suburbs it still offers a much more inexpensive opportunity for today’s tenants.”

Taylor pointed to “diseconomies of scale” in world cities such as London and Paris and increasingly Toronto where suburban nodes emerge, “taking on new life as tenants are looking to be closer to their workforce.”

At the other end of the suburban-downtown divide on the panel was Brookfield Canada Office Properties’ president and CEO Jan Sucharda who over oversees 20 million square feet of downtown office space including 9 million sq. ft. in Toronto.

He’s not too worried about any suburban renaissance. His portfolio currently boasts an average lease of eight years and has a 94% occupancy.

That doesn’t mean it is same old, same old for Brookfield, as its traditional anchor tenants (banks, insurance, accounting, law firms) are slowly giving up their leadership positions as growth shifts to new players.

In Toronto, especially, the growth in downtown office has come from “the technology, the media, the information type companies,” he said. “They weren’t there in the past, it is part of the whole urbanization of the city, the 24-7 lifestyle, the fact that we now have availability of residential downtown so people can live work and play.”

That influx of new tenants from the suburbs has allowed occupancy rates in Toronto’s downtown core to stay steady despite an office building boom over the past six to seven years, the Brookfield CEO noted.

He agreed there will be a continuing market for suburban office, but the “war for talent” is continuing to drive tenants from the 905 as well as “mid-town” Toronto into the core. Add “consolidation of space” as another factor, with perhaps the best example being Deloitte’s move to the Bay Adelaide East complex (a 420,000 sq. ft. complex, from 10 offices).

“By doing that [Deloitte] are able to create a single urban campus that allowed them the ability to bring everyone under one roof and also to drive some cultural change,” he said. “The 10 or so offices came from a mixture of downtown, mid-town and suburban locations and we are seeing that with other tenants.”

Finally, a third trend Brookfield has identified is a “flight to quality” from lower quality offices to those with state of the art systems and amenities.

Brookfield could be a buyer in Calgary. “We are going to look to see what opportunities sort of shake out as the result of issues that other people will experience.”

Responding to a message of consolidation into smaller space, more efficient use of space and an environment of slower overall growth from TD Bank Group’s global head of enterprise real estate Gerry Guidice, HOOPP’s Taylor noted it is a sobering message for office owners.

It is one that HOOPP is paying attention to. “At HOOPP overall, we are probably looking at reducing our exposure to office by and large, relative to other asset classes, and part of that is because we are concerned about how much demand there will be.”

He added that office players need to choose between “winning cities which are drawing growth” such as Toronto which are benefiting from immigration from both inside and outside the country. “But for a lot of the rest of the cities around the world, you are seeing stagnant demand and when there is no growth the opportunities really lie in the realm of replacement” of aging or obsolete office stock.