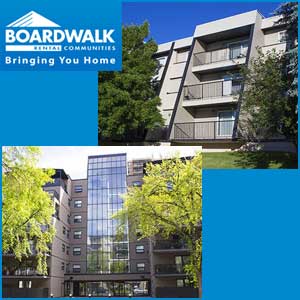 “Are we going to sell some of our Alberta stuff? No, we think it is a great market to be in. We have been here before,” said Boardwalk president Roberto Geremia.

“This company actually has grown out of this environment. We are very happy with our numbers coming out of Alberta to date and if I go and look back historically, our Alberta portfolio has outperformed the rest of Canada portfolio by leaps and bounds over the years.”

Boardwalk (BEI.UN-T) recently completed a new build in the Calgary market, adding 109 units and netting a cap rate in the eight per cent range. “But we owned the land,” noted the REIT president.

There is room for more as well. Most of the properties Boardwalk owns are in the 40 year-old range, meaning they have plenty of space to increase density.

Boardwalk is also exploring the possibility of retrofitting and upgrading some of its existing buildings to offer “A product rental” that have the right combination of attributes (near the downtown core and featuring large suites) that will include state-of-the-art kitchens, bathrooms and amenities.

Geremia’s team is currently running the numbers in buildings across the portfolio to determine which are candidates for a retrofit as part of the company’s strategic review.

He estimates perhaps five to 10 per cent of Boardwalk’s portfolio (about 3,000 units) is suitable for the retrofit program.

“We would only do it one building at a time to see if it works,” he said.

Boardwalk is keeping an eye out for future acquisitions as well.

“If we see new acquisitions come up in markets that we like, that give us a better stabilized long run than buying stock back, we will allocate to that, too,” Geremia said.

In fact, Boardwalk has goosed its guidance to investors given an improving market for acquisitions, going from a forecast for no acquisition activity in 2016 to one in which it predicts it will add 800 to 1,200 units this year.

Add in recent opportunities for rebuilds, particularly in Alberta, and Boardwalk has something more exciting to talk about in 2016 than a year of retrenchment.

Boardwalk failed to win a transaction in downtown Calgary recently, losing out in a process that attracted “a lot of bidders.” It is currently in the midst of a couple of other auctions for properties that feature less competition.

“They are brand new rental builds so there is lease-up risk.”