Dream Global REIT has entered into a binding agreement to make a “transformational” $903-million purchase of 135 office and light industrial properties in The Netherlands. 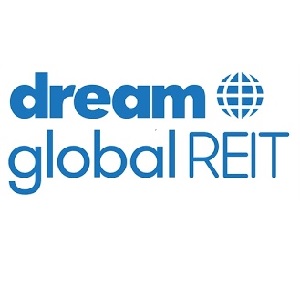 The Dutch properties are operated under the name Merin, Dream Global (DRG.UN-T) said in a release issued Monday night. The portfolio has been owned by TPG Real Estate, TPG Sixth Street Partners and Patron Capital Partners.

“In creating Dream Global in 2011, we saw an opportunity to enter Germany and to acquire quality real estate at a very good time in the real estate cycle,” Jane Gavan, CEO of Dream Global REIT, said in the release. “Over the past six years, we have created a valuable portfolio, established a skilled management team and built local relationships.

“We are now leveraging that experience and track record to strategically expand our European presence into the Netherlands at what we believe to be an opportune time in their real estate cycle.”

The purchase and transaction costs will be financed through cash and units of the REIT.

Dream Gobal expects the properties to be immediately accretive to its FFO and AFFO per unit by more than 10 per cent. The REIT identifies several other highlights of the deal, including what it calls “immediate scale” in the European market, a fully integrated and experienced management team, and improved tenant diversification.

“We are entering a market that has good office fundamentals and growth potential, and we will have a sizeable Dutch real estate management team that has a successful track record of increasing occupancy and achieving NOI growth,” Gavan said in the release.

“We believe that this transaction is a meaningful milestone for Dream Global REIT on the path to becoming the premier European REIT for capital market investors.”

The portfolio includes $728.7 million in office real estate, consisting of 101 properties and more than 4.8 million square feet of gross leasable area. About 68 per cent is in the Randstad, The Netherlands’ largest urban regions, which includes Amsterdam, Rotterdam, the Hague and Utrecht.

Dream Global considers The Netherlands one of the “largest and growing office real estate markets in Europe.”

About $174.2 million of the portfolio consists of 34 light industrial properties. This totals 2.9 million square feet of GLA, primarily in the country’s five largest industrial hubs.

“The transaction offers the REIT an opportunity to achieve immediate scale in what has historically been a difficult segment to enter,” the release says.

Once the deal is completed, Deutsche Post’s contribution to Dream Global’s overall gross rental income will fall from about 19 per cent to about 11 per cent. Deutsche has been its largest tenant. No other tenant will provide more than 2.5 per cent of the GRI, Dream Global says.

A portion of the financing will be raised through an equity offering, the release says. Dream Global will sell 28,750,000 units at $10.50 per unit to a syndicate of underwriters, led by TD Securities Inc. This will raise $300 million, and the REIT has also granted the underwriters an over-allotment option which, if exercised in full, could raise the total to $345 million.

The REIT will also launch a $544.3 million European offering of senior unsecured notes with a fixed interest rate and an expected term of 4.4 years. The notes will be issued by a finance subsidiary of Dream Global and guaranteed by the REIT. Morgan Stanley will be the underwriter and sole lead manager for the offering.

Dream Global has also agreed to an $87.1 million issue of notes to the vendors, on a private placement basis.

Some of the financial arrangements may be subject to approvals by various authorities, the release notes.

“We believe this transaction will meaningfully improve the REIT’s payout ratio and capital structure,” Tamara Lawson, CFO of Dream Global REIT, said in the release. “The term of the unsecured debt offering complements our existing debt maturities very well and the all-in coupon rate is expected to compare favourably to the unsecured debenture rates for REITs in Canada.”