“I just got to know a fascinating guy. He’s an economist.” 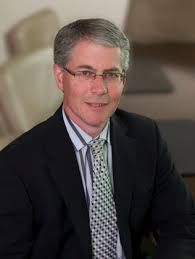 Craig Wright, the chief economist of the Royal Bank of Canada, will be in Vancouver on April 21 to deliver a speech to the Urban Development Institute. So I thought I’d talk with him about what he does, why he does it, and what makes him tick.

I think economists suffer from a bad public image. We tend to think they are number-crunching spreadsheet-production-machines. How much fun can they possibly be?

And when you talk to a Crown Prince of economics, like the Chief Economist of the Royal Bank of Canada, you assume the conversation is going to be quite dry.

“The most fascinating thing about being an economist right now,” he tells me, “is the ever-evolving narrative and flow of the economic story. Every day, we have so much more information and data to consider.”

I ask him for a specific example.

“Mark Carney, the governor of the Bank of England, assigned a team to figure out the last time global interest rates were this low. Turns out the answer is 3000 B.C, so that’s 5000 years ago! Rates in some countries are at zero, or even below zero.

“And these banks keep dropping the rate waiting for the normal stimulus response, and it’s just not working as well as hoped. It’s riveting to watch: it’s a huge monetary experiment with  central banks learning by doing and we are living through it in real time.”

Craig spends his days up to his neck in data. I mention that I read somewhere that Data is the New Bacon, and he agrees.  There is more data available in the last decade than ever before.

The world is awash in data, and for data-driven occupations like Craig’s, the volume of data is astounding.  Some unknowable amount of money is spent by the bank to get the best data available. Craig and his team wade through it all, and use what they find to form their ideas and opinions.

“It’s as much  art as it is science,” Craig says. And it’s surprisingly organic.

“Every year, we give something like 300 presentations to various groups across Canada and around the globe. These encounters are more data for us. The people are the data. The people we meet are living the realities of their markets. They tell us what’s really happening on the ground. This information then becomes part of the data we consider.”

This all seems like a Herculean task. It’s a never-ending flow of data, forecasts and feedback, filtered by some of the best and brightest economic minds in the country. And all this effort is solely to help us, you and me, make better decisions about our businesses, and our personal lives.

So when the chief economist of the Royal Bank of Canada comes to tell us what he thinks is happening, it’s a gift, really. When else do you get to be in the room with someone that has done such a thorough job of analyzing global volumes of data just to help you?

“We want to be a trusted source of information,” Craig says. “Not the only source, but a trusted one, that businesses and people can use to help them make better decisions.”

Of course I have to ask what we are going to learn when he arrives in Vancouver to speak at the Urban Development Institute.

“Well, first off, all this talk of a volatile national housing market isn’t very useful. There really isn’t a national housing market, there are a collection of regional markets.  The majority of the markets we look at are mostly balanced with only a couple of hot spots. Vancouver is one of them. But even the hot markets are supported by very strong fundamentals.”

“We’ve been watching this since the mid-80’s now, and we see no suggestion that there is a crash coming. Affordability will continue to be an issue, and along with a  gradual rise in interest rates, we may see a cooling housing market, but not a collapsing one. But that’s as dramatic as we see it getting.”

Q: Who is the last person who taught you something, and what was it?

A: My children teach me to have humility, which is a good trait  for an economist.

Q: Who is your professional hero?

A:  My parents, they both had very successful careers.

Q: What is your motto?

Q: What is the most interesting website you visit regularly?

Q: One thing no one knows about you?

A: I’m a retired hockey coach.

Q: Beer and pretzels or wine and cheese?

A: Both. But on different nights!

David Allison is the UDI’s Editor-at-Large. Since 2004, he served four terms on the Board of Directors of UDI, and won numerous awards for his work in the development industry in Vancouver and around the world. His most recent book, The Stackable Boomer, examines the movement of Baby Boomers to Multi-Family homes, with results from a 1000-Boomer survey. DAVID ALLISON INC works with executive teams to write the brand strategy and story for early project stakeholder engagement. He can be reached at [email protected]