Despite a rough patch for oil in 2016 activity actually increased in Kindersley, one of Saskatchewan’s growing secondary markets.

The town has a population of 5,628 people but trades as a hub for more than 40,000 surrounding residents. The town’s history in oil and gas goes back many decades and it is certainly not tapped out yet. 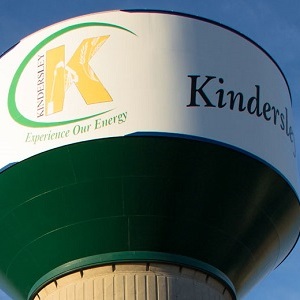 The Saskatchewan Ministry of the Economy recently released the total amount of oil and gas wells drilled in 2016. This is one of economic activity indicators for various parts of Saskatchewan.

The Weyburn and Estevan region slowed pace but still put 529 wells in the ground.

Kindersley, however, tops the list, with 833 wells dug in 2016. This means over half the wells for the entire province were drilled in this area.

Interestingly, all four identifying regions were very close to their 2015 totals.

The ministry well tracking dates back to 2003 and shows a successive slowdown of new wells, from a peak of 4,054 total provincially in 2008.

Kindersley’s steady economy has sustained the bustling community for generations. Outside of its energy resources, the area also continues to identify as a strong agriculture community.

The population is expected to sustain growth at a rate of 1.38 per cent until 2020.

With people comes retail demand. Many retailers have begun to call Kindersley home, with a nationwide push into secondary market formats.

A new Walmart opened in 2008 during the global recession. It is thriving with new tenants coming on the adjacent site every day.

ICR’s Eugene Hritzuk is the primary leasing agent in the region. He has seen nothing but optimism from incoming merchants such as Pet Valu, TacoTime, and Sobeys liquor store.

The community has a new McDonalds and Boston Pizza, in addition to experiencing brisk hotel construction, which has doubled the room count in the past few years.

Recent forecasts by the Petroleum Services Association of Canada predict drilling activity will only increase in 2017 with a total of 5,150 new wells across the country.

The Saskatchewan portion of that projection is expected to be 1,985 wells, up from an original forecast of 1,940. Alberta is expected to pick up the lion’s share of the remaining wells at 2,706.

With the prediction that oil will steadily creep back up in price, the confidence in Kindersley’s market is likely to continue.

ICR tracks many secondary communities in the province. If you’re interested in hearing about a specific town or city, contact us for more detailed reports.