Toronto-based Timbercreek Asset Management is eyeing the Alberta apartment rental market and is using the acquisition of six Calgary buildings as a launchpad to future Western growth in its portfolio. 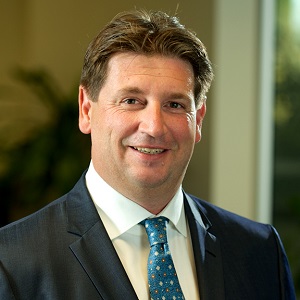 Timbercreek, a global real estate investor, owner and manager, recently purchased a six-building, multi-family portfolio for $142.48 million from Har-Par Investments. The portfolio consists of 685 suites at about $208,000 per suite, according to Bradley Gingerich, senior vice-president of CBRE’s National Apartment Group based in Edmonton.

“We like the Calgary market. We’ve always wanted to buy in Calgary,” Ugo Bizzarri, chief investment officer for Timbercreek, told RENX. “Recently we felt there’s more value in Calgary. It has had a little bit of a rough ride over the last two years and we see more growth in Calgary over the next three to five years and that’s why we like Calgary and Alberta in general.

“We wanted to find an acquisition where we could create some value through our value-added strategies and increase the net operating income of the properties. We felt that this was a good time to buy in Calgary because of where we stand in the cycle.”

Bizzarri said when Timbercreek buys a building, it is looking to improve that building from an operational efficiency perspective – by installing more professional managers in place, improving the amenities and renovating the suites.

“Generally we renovate the building to the standard that we like and that the market will support,” he said. “We’re focused on creating a better customer experience for our tenants.”

Prior to the most recent acquisition, Timbercreek bought two buildings in 2010 in Calgary – its first acquisitions in the city – with about 400 suites.

Bizzarri said the Calgary market has come down in the past couple of years, but Timbercreek does not see it dropping much further. At the same time, he believes it will still take a couple of years for the market to improve.

“As an investment company, we’re making an investment in a market where it’s sort of at the bottom of the cycle,” said Bizzarri, adding both the Calgary and Edmonton markets are poised to improve.

“We see the economic growth coming back to Alberta. We see population continuing to increase. The propensity to rent is increasing in both Calgary and Edmonton. We think that the general population wants to rent more than own. . . .  We don’t think it’s necessarily going to be turned around in Calgary over the next 12 months. We’re very patient and we think it’s a good time to invest now.”

Bizzarri said the company is always looking to acquire properties in Calgary and Edmonton and if it is able to find good investments it will continue to make purchases.

According to Gingerich, the Calgary portfolio Timbercreek purchased includes the following:

CBRE represented both the buyer and the vendor in the transaction.

Gingerich said there’s a flight to quality and a flight to new product in the apartment rental universe. “. . . Meaning better product or better-managed product.

“That’s really where the opportunity is.,” said Gingerich. “At the end of the day, everyone needs a place to sleep. We (Alberta) did lose a bit of population, but I think every landlord is just competing for a better tenant.”

The Timbercreek strategy is interesting considering recent news by Boardwalk Real Estate Investment Trust (BEI-UN-T), which announced it is forging ahead with a new plan to grow its overall portfolio in strategic locations, providing it with more geographic diversification.

Boardwalk intends to strategically partner, acquire and/or develop 10,000 to 15,000 apartment units in high-growth, undersupplied markets, while also divesting some of its non-core assets in Alberta and Saskatchewan (see Boardwalk plans to add up to 15,000 apartments).

Calgary-based Boardwalk owns and operates more than 200 communities with more than 33,000 residential units totalling more than 28 million net rentable square feet. About 74 per cent of Boardwalk’s portfolio is in Saskatchewan and Alberta — with about 60 per cent alone in Alberta. The rest is in Quebec and Ontario.

According to a recent rental market report by Canada Mortgage and Housing Corp., the vacancy rate in the Calgary census metropolitan area fell to 6.3 per cent in October from seven per cent a year ago. The average rent also dropped by 1.6 per cent to $1,128 per month.

“The rise in rental demand outpaced the elevated number of new purpose-built rental units added to the market, pushing the vacancy rate down,” said Richard Cho, principal, market analysis for the CMHC in Calgary.

The vacancy rate declined after increasing for three straight years. The rise in the number of units added to the purpose-built rental market universe was the largest increase since 1994. The market added 1,637 units to a total of 38,160.

The CMHC also said average rents were down for the second consecutive year.