Boardwalk plans to add up to 15,000 apartments

Boardwalk Real Estate Investment Trust (BEI.UN-T) is forging ahead with a new plan to grow its overall portfolio in strategic locations, providing it with more geographic diversification. 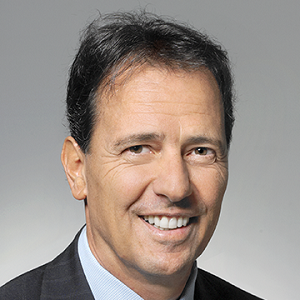 Boardwalk intends to strategically partner, acquire and/or develop 10,000 to 15,000 apartment units in high-growth, undersupplied markets, while also divesting some of its non-core assets in Alberta and Saskatchewan.

Sam Kolias, chairman and chief executive officer of Boardwalk REIT, said the last two years of a very difficult Western Canadian economy and the introduction of a significant number of new luxury apartment rentals have taught Boardwalk many lessons.

“We’re always learning and we’re always transitioning and we’re always growing. We have come a long ways in improving our product and our service and it’s a great time for our residents who are receiving great value and discounts that are really significant today versus a few years ago when vacancy was very low,” he said in an interview with RENX.

“We’ve asked ourselves what lessons we can learn from this very tough economic environment and how we can better positions ourselves going forward to compete even in a very tough competitive marketplace and economy.”

About 74 per cent of Boardwalk’s portfolio is in Saskatchewan and Alberta with about 60 per cent alone in Alberta. The rest is in Quebec and Ontario.

He said the REIT’s stable results in Ontario and Quebec emphasize the importance of geographic diversification.

In releasing its third-quarter financial results, Boardwalk said its strategic goal is to have a portfolio about 50 per cent in the high-growth markets of Alberta and Saskatchewan and 50 per cent in other high-growth and undersupplied markets including, but not limited to, the Greater Toronto Area, Vancouver, Ottawa, Montreal, Quebec City, Winnipeg and Halifax.

“The broader economy has been in a deep recession for a couple of years and is turning around now. There’s been a significant amount of new supply of new apartment rentals greater than demand.

“So whenever there’s too much supply and not enough demand, that puts pressure on rents. Incentives and vacancy have increased as a result,” said Kolias.

He said the second part of Boardwalk’s strategic plan is to diversify its brand to increase and improve its product and service offering for its existing and new renters.

“We’ve learned in a market with a lot of brand new higher-end luxury apartment rentals we have to diversify our brand and our product offering to be able to compete,” he said.

“(And to) offer residents that are looking for more features and newer upgrades, product offering that can compete with the brand new product in better locations and bigger unit sizes along with the new upgrades and common areas of amenities.”

Currently, about five per cent of the portfolio is in its luxury lifestyle brand. Kolias said he sees that growing to about 10 per cent.

Boardwalk expects to invest $162.7 million or $4,818 per apartment unit on operational capital in 2017. The majority is earmarked for suite capital expenditures with a targeted eight per cent return on investment.

It said it would re-allocate approximately $64 million of distribution towards development, acquisition, strategic partnerships and its renovation program in 2018.

‘The right thing to do’: Analyst

Despite “considerable weakness” in most year-over-year measures, Downey wrote there are early signs of stability or improvement in areas such as increasing occupied monthly rents, reasonably stable month-to-month occupancy and returning GDP growth in Alberta.

“The move to cut the distribution to $1.00/unit/year from $2.25 was bold, likely painful for many, but the right thing to do, in our view. The move preserves $64M of annual cash flow and is therefore very valuable in funding maintenance and growth capital expenditures, and for purposes of liquidity and debt management,” added Downey.