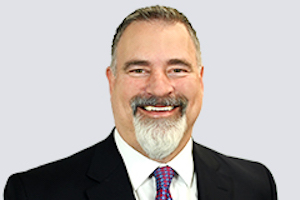 The effects of climate change, including rapidly rising temperatures, severe wildfires, declining air quality and flooding, are many and frightening.

Environmental concerns can no longer be dismissed or ignored at any level; these are monumental considerations affecting how we approach planning, investments and real estate development here and now.

Interestingly, from a real estate planning and investment perspective, our actions have a far more significant impact on reducing carbon emissions than one might initially think.

By supporting, financing and building real estate that increases urban density, we can improve our local communities, reduce or eliminate commutes by vehicle and create friendlier lifestyle options that are proven to be better for our natural environment.

Currently, most Canadians live in large suburbs which necessitate owning and driving personal vehicles. For most people, getting to work, school, the gym, or even the grocery store all require driving. Every drive to the store, no matter how short, creates more carbon emissions in our atmosphere.

Compare this to pedestrian-friendly mid-city neighbourhoods where amenities are within walking distance and climate-friendly transit options are easily accessible. Those who live in these areas rely less on vehicle travel; they live more active lifestyles and have a much smaller carbon footprint.

Research from Natural Resources Canada, as featured in this report from the Smart Prosperity Institute, found that kilometres travelled by vehicle are approximately three times higher for suburban households compared to households close to a city centre.

A 2014 UC Berkeley study cited the environmental impact of suburban households as around four times higher than that of homes in dense urban areas.

Trending in the right direction

Thankfully, we are trending toward denser development overall. Although single-family homes, large individual properties and sprawling suburban neighbourhoods have traditionally been the norm, we now see a more even mix of builds, including medium and higher densities in new greenfield developments.

There is also more demand than ever before for affordable living opportunities in urban, walkable neighbourhoods.

With the rise of the YIMBY movement to counteract those who are against increasing density, municipalities are reconsidering their urban strategies, reducing urban sprawl and accepting more new developments in downtown spaces.

Only way to go is up

An accepted strategy is that increasing urban density is an important way to help combat climate change.

A recent American study suggested doubling urban density may reduce carbon dioxide emissions by 48 per cent (travel) and 35 per cent (residential use), with those numbers expected to be the same or similar in Canada.

The Building a Climate-Resilient City papers published by the Prairie Climate Centre detail how urban planners can adapt city life to the effects of global warming, with urban density being a crucial element.

Although the trend toward increasing urban density may be happening slowly in some regions, it will rapidly pick up speed in the coming years as cities and governments adapt to the rising demand for living space in urban apartments.

What does this mean for the average real estate investor?

From both an environmental and a financial standpoint, it is prudent to invest in real estate ventures which promote urban density; namely multi-unit apartment buildings in dense urban areas instead of single-family homes or suburban townhouse complexes.

By exploring real estate investment options in private equity, investors may get ahead of this necessary trend early — both to protect their long-term returns and to remain firmly on the side of protecting our planet.

Chris is an accomplished sales professional with 20 years of sales and management experience in the financial and real estate sector. He has a performance history of extraordinary results in…

Chris is an accomplished sales professional with 20 years of sales and management experience in the financial and real estate sector. He has a performance history of extraordinary results in…