Strong demand combined with tight supply has pushed office occupancy costs in downtown Vancouver 16.1 per cent higher than a year ago, representing the biggest price increase in North America. 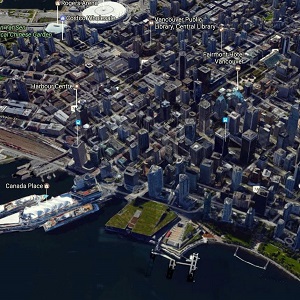 Toronto’s downtown had the eighth-largest increase in the world at 12.3 per cent.

Professor Richard Barkham, CBRE’s global chief economist who is based in Boston, said Vancouver benefits from a healthy Canadian economy.

“These things are usually a measure of economic success. So I think the fact that the Canadian economy has been doing well lately has probably pushed up rental values in Vancouver,” said Barkham.

“I think we’ve seen the revival in the commodity markets around the world. The oil price is up. Other commodity markets have seen prices recover in the last 12 to 18 months. That also supports the economy of Canada and Western Canada as well. And you’ve probably along with that got a somewhat limited supply of new space.”

Total inventory in the market was just over 23.9 million square feet while 867,207 square feet was under construction.

Barkham said he expects Canada to remain a healthy economy in the near future and Vancouver has everything in place to lead the charge and be on top of the table.

“Vancouver will continue to be a very desirable place for businesses to locate and for business expansion to take place,” he said. “I certainly don’t see it easing.”

A recent report by Scotiabank Economics said British Columbia will lead Canadian economic growth this year at 2.5 per cent and will tie Alberta in 2019 as the top-performing economy in the country with an additional growth of 2.5 per cent.

The CBRE report listed the following as the most expensive prime office markets in the world in the first quarter of this year:

The CBRE report said the dominant trend among the top-20 markets with rising prime occupancy costs is strong demand from the finance, technology and e-commerce sectors. Momentum also is building in markets linked to resource-based economies such as Canada, Norway and South Africa, due to rising commodity prices.

Norm Taylor, executive VP and managing director for CBRE Vancouver, said Vancouver’s increase in rental rates means local tenants and businesses need to look ahead and budget respectively for the next three years when new supply will begin to provide some relief.

“For investors, these increases offer a great opportunity because we expect rental rates to continue to increase as demand shows little sign of retreat and there is no new supply expected until 2021. We have a robust office market that is short on supply, heavy on demand and a strong provincial economy. The fundamentals are solid for investors buying office buildings in Vancouver,” said Taylor in a statement.