What’s behind the commercial condo boom in Vancouver

The prevalence and popularity of owning your own business space has been in the news lately. That’s because growth of commercial condos is trending in Toronto, Vancouver and Calgary. Whether it’s buying an existing or custom-built warehouse or office space, 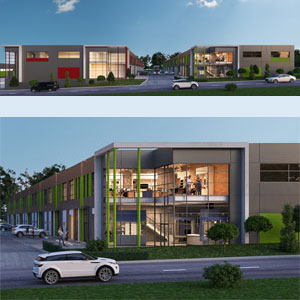 an increasing number of Canadian businesses are finding it makes more sense to own.

In Vancouver in particular, take the added pressure of limited supply of industrial land and when new commercial condo projects come on the market, they are a hot commodity. For Vancouver developer PC Urban, taking under-developed, older properties and transforming them into higher density, more efficient industrial parks has become a corporate mission. Principal Brent Sawchyn would go so far as to say it’s one solution to the ongoing and critical supply issue. “We look for properties that are derelict and underused and we re-imagine it in a way that creates more space and more efficiencies so more businesses and more employees can be working on the site.”

One of their latest projects is Intraurban. The first strata industrial within city limits in 5 years, it’s been an enormously successful development, already 85% sold before construction, signaling the strength of that sector of the market. Intraurban is transforming the site from an old, 20,000 sf warehouse into 170,000 SF of small-bay, commercial strata units, revitalizing and densifying the existing industrial land into a vibrant, mixed-use business hub.

“It’s a testimony to the need that businesses have for industrial product in the city of Vancouver,” says CBRE’s Jason Kiselbach, “It’s the only offering of its kind right now in Vancouver or Richmond and with vacancy and interest rates at historic lows, it’s a very attractive opportunity for the city’s small and medium sized businesses.”

Among the buyers are Breka Bakery, two event planning companies, a homebuilder, a general contractor, a food commissary as well as investors. With the average price of industrial strata increasing by 90% over the past ten years, Intraurban Business Park represents a rare opportunity for businesses that recognize the value of building equity over leasing and a smart investment.

Andrew Markey, President of Hangman Productions, a Vancouver-based event planning company whose clients include Red Bull, Coors Light, Whistler Blackcomb, among others, is moving his warehouse and office space from Mount Pleasant to Intraurban because he wanted to be an owner/operator instead of “paying for someone else’s mortage.” Intraurban met all his expectations. It is within the city so neither he nor his 4 employees will have to commute. “I really like the location, the fact that it’s brand new, that we can custom build it to suit our needs,” he says.

Dvir Steen, owner of Breka Bakery, is also moving from a leased space into Intraurban where he will move all his production as well as add a new retail component. “We’ve been looking to expand for more than a year but most of places we looked at were too small, too old or overpriced,” he says. “Intraurban is a good size, good location, good price and a good investment.” Steen is excited about the opportunity to custom build the space to suit his growing business needs and also to see how the burgeoning industrial area evolves. His new space will be four times bigger and add approximately 40 employees to the area.”

PC Urban’s early success with Intraurban owes much to the pent up demand for industrial product within city limits. This will finally give small and medium businesses the option to buy their own commercial space within the city, rather than in the suburbs. And at the same time, it will take an under-utilized, under-developed industrial property and turn it into something more dense and efficient with ten times the employees, a larger number of businesses and as a result, more vibrancy. It’s not the only solution to the severe lack of industrial supply in Vancouver, but it’s a start.

In the coming weeks, I’ll be exploring the growth of commercial condos in other cities like Calgary and Toronto. Stay tuned.