Minto Capital Management’s busy spring continued today with the announcement it has purchased an 18-storey highrise at 2777 Kipling Ave., in Toronto. 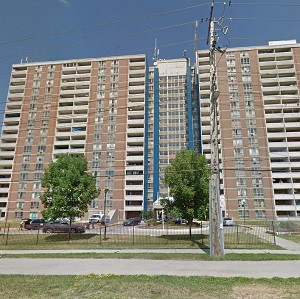 It’s the sixth acquisition for Fund II., which was launched in January 2015 with capital commitments of $158 million.

Fund II has a targeted annual return of 14 to 17 per cent, Minto says.

“With this purchase, Fund II is now 80 per cent invested in property renewal initiatives across Canada, with a successor fund offering being planned,” said Glen MacMullin, the senior vice-president of investment management with Minto Capital.

In the past three months, Minto has purchased Radisson Place in Calgary (see list below) and sold 50 per cent of its ownership of the Minto Place in Ottawa to Investors Real Property Fund.

Both moves are a continuation of its strategy to move from a family-owned and operated business into what CEO Michael Waters told RENX is an “investment manager for institutional investors.”

The Kipling transaction adds to the list of recent acquisitions undergoing renewal initiatives within Fund II, including:

* Westlawn Village Apartments which closed June 12, 2015. Westlawn is a 144 unit multiresidential property located in Edmonton;
* The International Hotel Suites which closed Nov. 30, 2015. The building is a 254-unit, 34-storey concrete tower currently operating as a hotel to be converted into multi-residential units located in Calgary;
* Morningside which closed Feb. 25, 2016. The property includes two concrete buildings, 4.5 and five storeys, totalling 214 units in Toronto;
* St. Dennis which closed Oct. 27, 2016. This apartment complex is a concrete 10-storey high-rise, totalling 330 units and just under 11,000 square feet of commercial space in Toronto;
* Radisson Place which closed on March 20, 2017 is a 12-storey, 130-units multi-residential building east of downtown Calgary, complete with 11,400 square feet of commercial space.

“As with Radisson Place in Calgary and St. Dennis in Toronto, (the 2777 Kipling Ave., transaction) is a further opportunity for Minto Capital to reposition a substantial multi-residential asset through our fully integrated platform” MacMullin said.

With 1,200 employees across Canada and Florida, Minto has built more than 85,000 homes and currently manages 15,000 multi-residential units and 2.7 million square feet of commercial space.