For the second straight week, Minto Capital Management has made a significant Monday-morning transaction announcement. 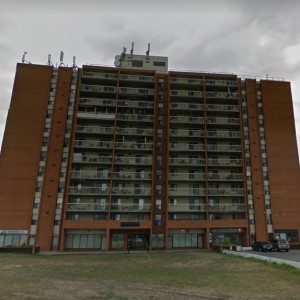 The company said this morning it has acquired Radisson Place in Calgary, a 12-storey multi-residential building which includes 11,400 square feet of commercial space.

It was purchased by Minto’s Canadian Real Estate Value-Add Fund LP (which the company refers to as Fund II).

Radisson Place will undergo a series of modernizations, including in-suite kitchen and bathroom renovations, interior common area refurbishments and updates to its amenities.

The purchase comes just a week after the company announced it had sold a 50 per cent stake in one of its premiere properties, Minto Place in Ottawa, to Investors Real Property Fund.

Minto Place includes three towers and the Atrium which links the buildings. It encompasses a million square feet of mainly office space, with approximately 45,000 square feet of retail.

No financial details were released on either deal.

After the Minto Place deal, both MacMullin and Minto chief executive officer Michael Waters had told RENX the company was planning more moves in the near future as it refocuses its business model.

“We’ve been in business for 62 years,” Waters said. “Through the first 55 years of that, everything we did was on our own account. Starting about five or six years ago, we began a transformation where we began morphing into an investment manager for institutional investors.”

Both of these transactions continue that trend. The Calgary purchase is the fifth acquisition for Fund II, which was launched in January 2015 with capital investments of $158 million. It now stands at approximately 60 per cent invested, with a targeted annual return of 14-17 per cent, Minto says.

Other recent acquisitions within Fund II include:

Each of the properties has undergone, or is undergoing, renovations or refurbishments.