Why is world capital attracted to Vancouver Real Estate?

Real estate has traditionally been considered an illiquid asset. But in Vancouver’s red-hot market, that’s changing. 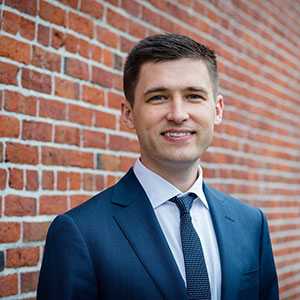 Let’s look specifically at commercial real estate. How long does it now take to sell an office building? An industrial space? Each property is different, but one thing is clear: the time to sell an asset in Vancouver is much shorter than anywhere else in Canada. IntraUrban Business Park, an industrial strata development by PC Urban, recently set a record for new industrial development by completely selling out before construction commenced, evidence that capital flow to Vancouver real estate is creating liquidity for a traditionally illiquid asset.

What’s interesting about this change is that investors are accepting lower cash returns – and paying higher prices –  to own real estate in Vancouver. Why? As long as lenders see Vancouver as a place safe to finance, there is an increase in credit available, increasing the demand for a product that is already in short supply. With more abundant financing available and with knowledge that real estate is in demand, buyers are willing to pay more. And the higher price is simply the “risk premium” a purchaser is prepared to pay, knowing they can always find a buyer should they wish to sell. There are very few regions in the world where this occurs and it’s one of the principal reasons why investor capital is attracted to Vancouver real estate.

And while it’s true that Mainland Chinese buyers are moving large sums of money and placing it into Vancouver real estate, increasingly into commercial real estate, they are not yet a majority. As the French economist, Thomas Piketty, writes: “It is important to stress that the current prevalent fears of growing Chinese ownership are a pure fantasy. The wealthy countries are, in fact, much wealthier than they sometimes think. The total real estate and financial assets, net of debt, owned by European households today amount to some 70 trillion euros. By comparison, the total assets of the various Chinese sovereign wealth funds, plus reserves of the Bank of China, represent around 3 trillion euros.”

According to Piketty, people in France believe rich foreign buyers are responsible for the skyrocketing price of Paris real estate. However, the reality is that 97 percent of today’s very high real estate prices are due to the fact that there are enough French buyers residing in France who are prosperous enough to pay such large amounts for property.

It’s a similar story in Canada, particularly in Vancouver. The common sentiment, widely reflected in the media, is that Chinese investors are driving up prices, when in reality there are many wealthy local investors who are playing the same game. In fact, a remarkably low percentage of Vancouver real estate is purchased by Asian investors. By most accounts, less than 8%.

The interest in owning Vancouver real estate has been appealing for quite some time. However, never so much as now. Aside from our moderate climate, stunning natural beauty and reputation as safe haven, other factors that have driven real estate values include the influence of the Port Metro, the fourth largest export/import terminal in North America and the largest in Canada, and Vancouver’s reputation for innovative design and development. It is no wonder then that what is typically viewed as an illiquid asset has become, in fact, very liquid in the context of Vancouver. And it is hard to see this dynamic changing, nor pricing for real estate becoming any less expensive in the future.