Montreal’s real estate community is up in arms about a proposed “20-20-20” City of Montreal regul... 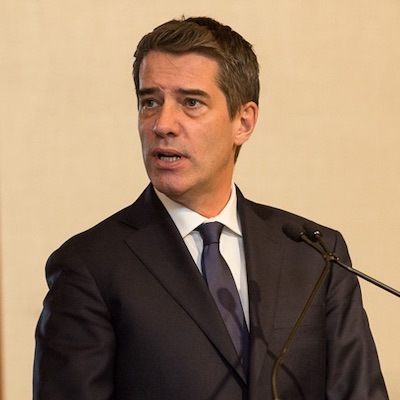 André Boisclair is president and CEO of the Urban Development Institute of Quebec. (Courtesy UDI)

Montreal’s real estate community is up in arms about a proposed “20-20-20” City of Montreal regulation which would force large new residential developments to contain 20 per cent social housing, 20 per cent affordable housing and 20 per cent three-bedroom units and more.

The proposal was part of an election campaign proposal by the left-of-centre Projet Montréal municipal party, which swept into power in November 2017 under Mayor Valérie Plante.

If it comes into force, it will replace the current policy that calls for 15 per cent public housing and 15 per cent affordable housing (and no provision for family housing) in new residential developments.

“The city is worried about rising house prices, but its policies will lead to higher prices,” says André Boisclair, president and CEO of the Urban Development Institute of Quebec.  “You can’t have your cake and eat it, too.”

He was speaking at the Montreal Real Estate Forum on April 17, which was attended by a record 1,400 industry professionals.

On April 10, the city of Montreal announced it would delay the tabling of its proposed regulation until June 17. It was originally scheduled to be tabled this month.

There are currently “no real discussions” happening between real estate players and the city on the policy although a meeting is planned in May, Boisclair says.

“We feel the city understands our challenges,” but Plante is hamstrung by party politics and her election promise.

Boisclair says Plante told him in an earlier discussion the 20 per cent family housing requirement is included with the affordable and social housing component, meaning developers will not have to set aside up to 60 per cent of their residential developments to the three categories.

Prices could rise up to 16 per cent

While the City of Montreal says there may only be a 4.5 per cent increase on prices as a result of the policy, a study by Altus found the regulation will increase the cost of condos by 16 per cent if developers are not provided compensation.

“Our capacity to pay taxes is not infinite. Each (increase in percentage) point makes a difference,” Boisclair says. “The impact on prices has to be as low as possible,” and there needs to be “an intelligent, soft landing.”

Boisclair says the 20-20-20 policy, if enacted, will mean many new projects will no longer be economically viable.

It will also reduce competition, stifle innovation and make it extremely difficult for smaller players to break into the market. That will make it difficult for the Canderels of the future, developers which started small but grew over the years, to come along.

The industry is asking any new rules be phased-in over a three- to five-year period, instead of the city’s planned 18-month transition period.

Boisclair also questioned why buyers of new units are being asked to subsidize housing and not buyers in the secondary market.

He says suburbs not subject to the policy will take advantage of the situation, to the detriment of Montreal.

The upcoming REM light-rail system will make it “possible to live in Montreal without being in Montreal.” Residential developments in North Shore, South Shore and West Island suburbs are advertising they will be only 15 minutes away from Montreal by train and are marketing their green spaces and quality of life.

The Quebec government “must intervene to level the playing field,” adds Boisclair, the former leader of the Parti Québécois.

Boisclair notes Quebec City Mayor Régis Labeaume has another approach to housing accessibility that “does not force developers to do something. Montreal has chosen another vision.”

Stéphane Côté, DevMcGill president and founder and Cogir Real Estate president, development says the new policy could result in as few as 40 per cent of buyers in residential developments subsidizing the others. “It puts a lot of pressure on the middle class.”

Not all developers cater to families

Families are not part of CAPREIT’s current clientele in Montreal, which is mostly comprised of young professionals, singles and senior citizens.

“We don’t look well at putting 20 per cent of our assets in family housing. We don’t have the demand,” says Pin.

Côté says family housing should be created only in appropriate areas and not throughout the city.

“Am I going to push a stroller on Peel and Wellington Streets?” he asked of the Griffintown neighbourhood that currently has no schools.