3T Equity Partners has built a diverse multi-family and industrial portfolio since its inception in 2010, thanks in large part to the Toronto firm’s focus on adding value to its acquisitions. 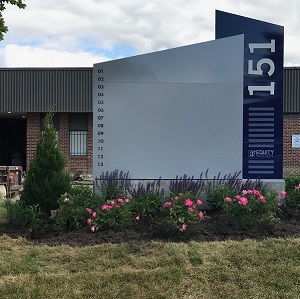 “The more deals we do, the better set up we are,” said David Goldstein, who formed GoldRich Living with Jordan Rich before adding Lawrence Moskovic as a third partner and renaming the company 3T Equity Partners in 2014.

“Our investors have become quite loyal to us and the investor base has grown through the years. Our deals have gotten bigger and closings happen faster. You have to be set up with liquidity in place in order to be competitive on a deal in this market.”

The company’s success has come from the diversity of its strategies — which are tailored to suit each individual property.

The first investment for GoldRich Living was a 22-unit apartment building at 385 Concession St. in Hamilton which was acquired for $1.38 million in October 2010. The company still owns that building today.

But, that’s not always the case.

A much shorter hold was a property at 560 and 570 Waverly St. N. in Oshawa, Ont., where 53 rental townhomes were converted to condominiums. They were purchased in a syndicated deal for $6.79 million and sold less than 15 months later for $8.17 million after 17 vacant homes were leased.

“We saw a potential value-add in the fact that the property tax base as condos was much less, which brought down our expenses and brought up our NOI,” said Goldstein. “It was just by virtue of filling up those units and getting the tax base down that we were able to add value.”

A purchase-and-renovate program involving properties in the United States is also paying dividends for 3T.

Moskovic became involved with the US$17.71-million purchase of the 203-unit Aventura Oaks multi-family rental property in North Miami Beach, Fla. in April 2014. About US$2.5 million has been spent on renovating just over half of the units so far and the property was just appraised for US$35 million.

“The Canadian dollar was 90 cents to the U.S. dollar at the time and it’s under 80 cents now, so in addition to the real estate it’s been a good currency play,” said Goldstein.

One of Moskovic’s business contacts led 3T Equity Partners to acquire the 207-unit Ivy Ridge Residences in Marietta, Ga. for US$17.6 million in July 2015. It’s also going through a renovation program and US$2 million in capital expenditures thus far has resulted in a US$26-million appraisal.

The third southern U.S. acquisition was Country Club Village Apartments in Boca Raton, Fla. in January 2017. Eighty-four rental residential units on 6.7 acres were purchased for US$11.3 million. About 75 of the units have been renovated and investments have also been made in landscaping, new signage and an enhanced swimming pool area and clubhouse.

“Multi-residential is the background that myself and Jordan come from, but it becomes problematic in Ontario as investors given that we have rent controls in Ontario,” said Goldstein. “It’s virtually impossible to have a value-add program that works in Ontario.

“We don’t have the tenant turnover in Ontario as we do in jurisdictions such as Florida and Georgia.”

Those rent controls led 3T Equity Partners to become involved in the Greater Toronto Area and Golden Horseshoe multi-unit industrial market, beginning with the May 2016 purchase of a 66,350-square-foot industrial/office space at 951 Denison St. in Markham for $9.02 million. Its units are being converted and sold as industrial condominium spaces for an average of $240 per square foot. They were acquired for an average of $138 per square foot.

“Ideally, we like units that are under 5,000 square feet, which is where you get the best bang for your buck,” said Goldstein. “Given their size, they’re more saleable.”

Two industrial/office buildings totalling approximately 54,000 square feet were acquired at 151-181 Bentley St. in Markham in August 2017 for $7.9 million. The site has just been registered as an industrial condominium and units are now being marketed.

Goldstein said roofs will be replaced at one of the Mississauga buildings and one of the Burlington buildings.

While 3T Equity Partners has focused on multi-family and industrial properties thus far, Goldstein said the firm is open to looking at other real estate sectors. And while the company has held on to its purpose-built rental properties, it would consider selling if the price was right and it made sense from a currency perspective.

“Every project is different,” said Goldstein. “We have a responsibility to our investors to maximize our returns, sometimes in a relatively short time frame.”