American Hotel Income Properties (AHIP) REIT has closed on the acquisition of 18 premium-branded Marriott and Hilton hotel properties in the Eastern United States for approximately US$407.4 million. 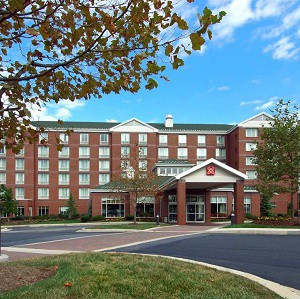 “It was owned by a private equity company in conjunction with a big university endowment fund,” AHIP (HOT.UN-T) chief executive officer Rob O’Neill said of what’s been dubbed the Eastern Seaboard Portfolio. “With institutional owners, it was well-maintained and properly run.”

The hotels will be managed by AHIP’s exclusive hotel manager, ONE Lodging Management, a wholly owned subsidiary of O’Neill Hotels and Resorts Ltd.

Why AHIP liked the portfolio

The transaction will increase AHIP’s total guestroom count by more than 23 per cent and add more geographic diversity. The average age of the hotels is 10 years and each has been recently built or renovated. The occupancy of the portfolio is close to 85 per cent.

Vancouver-based AHIP invests in hotel properties primarily based in larger secondary markets in the U.S. The foundation of the REIT was based in the railway employee accommodation, transportation and contract-focused lodging sectors.

More recently, however, it has focused on premium-branded, select-service hotels with stabilized in-place income, that are younger and well-maintained, and with acquisition costs below replacement cost.

“The railways are now starting to consider expansion again, and we have a number of projects on the books right now under negotiation,” said O’Neill. “We’ve grown our portfolio from 32 to 46 hotels and we will continue to grow that.”

The rail hotels provide guaranteed, long-term contracted steady revenue, which is valuable to AHIP and its unitholders.

Raising of equity and debt

AHIP expects to fund the purchase of the Eastern Seaboard Portfolio through: a combination of a portion of the net proceeds from a recently completed public offering of $200.9 million and US$48.9 million of convertible debentures; and an approximately US$236.2 million commercial mortgage-backed securities loan packaged into four pools.

“We had to raise the equity in Canada and the debt’s being raised in the United States,” said O’Neill, who noted that AHIP pays its distributions in American dollars, which is attractive to retail investors.

In addition to partially funding the Eastern Seaboard Portfolio, the newly raised money will also fund working capital and potential future acquisitions and be used for general corporate purposes.

“That will leave us with approximately $25 million in equity for future projects or acquisitions, and we’ll turn our attention to that once we’ve closed this current transaction, which we’re working hard on doing,” said O’Neill.

AHIP acquired five Embassy Suites by Hilton hotels with 1,311 guestrooms in Texas, Arizona and Ohio for $181.6 million in the first quarter of this year. It sold a 77-room Country Inn & Suites by Carlson hotel in Norman, Okla. for gross proceeds of $4.5 million.

AHIP’s funds from operations rose by 61 per cent to $11.6 million while total revenues increased by 53.8 per cent to $61.7 million in the first quarter of this year. Net income for the quarter rose to $2.4 million, compared to a loss of $1.5 million in the prior year.

AHIP will spend approximately $15 million over the next 12 months on improving its hotels, including a modernization of its Hampton Inns to the latest generation.

“There’s always a continuing brand requirement to upgrade to the latest standards, and we take on responsibilities when we purchase a hotel on a staged basis to upgrade them,” said O’Neill. “We’re fully supportive of that and we always see good results after the renovations.”

Editor’s Note: This story was updated on June 23, 2017 to reflect that the deal has closed.