Airbnb must play by rules when it comes to rentals

While Airbnb and other short-term rental accommodation agencies aren’t popular with most building owners and others impacted by them, enforced regulations may allow the two sides to co-exist somewhat peacefully. 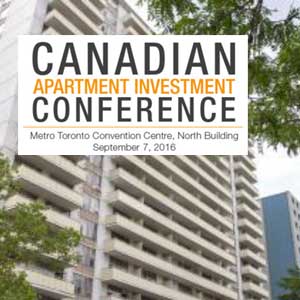 “We’ve discovered that there are a lot of issues around zoning, health and safety and a sense of community and neighbourhood,” said Thorben Wieditz, a researcher for UNITE HERE, Local 75 and the Fairbnb Coalition on Wednesday at the Canadian Apartment Investment Conference at the Metro Toronto Convention Centre.

“It has an impact that affects people whether or not they use the service.”

The biggest concern is with people renting out entire apartments or houses, and not just a bedroom while the owners still occupy the rest of it. This is compounded by owners who purchase multiple properties or condominium units to rent their places out through Airbnb or similar services such as VRBO, FlipKey, VacationRentals.com and Wimdu.

“I don’t think there’s any problem with people renting out a spare room, but when you see that over 80 per cent of Airbnb’s revenue stream is based on entire homes and apartments and that over 60 per cent of the revenue stream is generated by multiple listing hosts that essentially run small businesses subletting these places, we have a problem with that,” said Wieditz.

The Fairbnb Coalition includes representatives from hotel and bed and breakfast sectors, housing and tenant groups, and resident associations. Some of the recurring complaints it has heard, according to Wieditz, revolve around users of the service making excessive noise and taking up street parking spots usually used by full-time neighbourhood residents.

Airbnb has been lobbying municipal governments in Canada in an effort to get ahead of the growing movement to regulate, restrict and tax the service and has said that it’s open to some restrictions, including banning hosts from using the online platform to run a business renting out multiple units.

Airbnb reported earlier this year that it has more than 4,200 active hosts in Vancouver. Residential property management company Greenwin Inc. information technology director Brian Turpin told attendees of Wednesday’s panel that there are 10,000 Airbnb properties in the Greater Toronto Area.

Montreal is reported to have more than 10,000 Airbnb listings and Quebec introduced provincial legislation in April that requires those listing properties to obtain the same certification as hotels and bed and breakfasts. It also charges a lodging tax.

Some European and American cities are taking action while Canadian municipalities decide what to do. Paris, France cracked down on suspected short-term rentals in 2014. A Berlin, Germany law restricting the short-term rental of entire houses took effect earlier this year, while Airbnb filed a lawsuit against its hometown of San Francisco after the city passed an ordinance that could require unregistered hosts to pay fines of up to $1,000 a day per listing.

“In other jurisdictions across North America they have played by the same book and then, once regulations come in that are not suitable and cut into their profit stream too much, they don’t play by the rules or just sue the government,” said Wieditz.

Yale Fox is the chief executive officer of Rentlogic, which generates data to help renters find places to live and educates landlords about what amenities and features they should be offering. He also has some issues with Airbnb’s business practices.

“Time and time again city governments have subpoenaed the agency for their data so that a city can make an informed decision on what kind of policies to put into place, and they knowingly give them false data that’s been doctored. In New York they had 15,000 listings and the attorney general subpoenaed them. They sent them 10,000 and because other people in the community had been watching the kind of inventory that’s on Airbnb sites, people jumped in and said a lot of the full unit rental listings were completely purged.

“It definitely raises eyebrows as to why they’re hiding the thing that’s upsetting people the most. It will start to eat in to affordable housing stock and will become a social issue. The only thing that cities can do about that is through policy and enforcement. But without having the right underlying information to make these decisions, it makes it really challenging and it’s not going to end up in the right direction for both the public interest and the private interest because you have buildings where units are being rented out through Airbnb for more than what’s on the lease.”

Finding ways to deal with Airbnb

Rhapsody Property Management Services senior vice-president Rob Martin is concerned with Airbnb making inroads into its purpose-built luxury rental communities in Calgary, Toronto, Edmonton, Vancouver and Ottawa. While he advocates coming up with creative ways to work with what he describes as “an evil necessity in our economy,” he’s concerned about a proliferation of short-term tenants renting from people who are profiting from his apartments.

“We have lease terms that prevent that sort of thing but there’s no way to enforce it unless you’re monitoring it in a very intentional way,” said Martin.

In some of its new buildings, Rhapsody has started replacing secured entry fobs with systems that read palm prints to permit entrance to registered tenants. Martin also recommends that apartment owners and managers look for advertisements for rental units in their buildings that don’t originate with them, having building staff familiarize themselves with tenants so they can recognize those who don’t belong, and structuring leases so there are no unapproved sub-leases.

“It happens everywhere,” said Martin of short-term rentals. “It comes down to how you handle it and how you work with it.”

There were no representatives from Airbnb present at the conference session.