Metro Vancouver developers are engaging in a rental apartment building boom the region hasn’t seen in more than a generation. 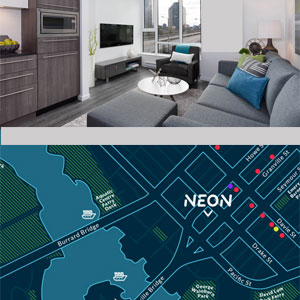 A panel of developers, lenders and landlords said at the recent Vancouver Real Estate Forum they’ve been able to capitalize on extremely low rental vacancy rates, high demand for housing from newcomers and incentive schemes by local governments that aim to ease what’s become a regional housing crisis.

“You’ve got zero vacancy, pretty well, in a lot of areas,” he said. “You’ve got positive migration; you’ve got a forecast of what — a million people coming here in the next 20 years? We have land constraints, water, mountains, the border.”

He said real estate investors are seeking a safe haven for their capital while also aiming to add stable, long-term cash flow in the form of rent, something purpose-built rental apartments typically provide.

Toronto-based lender and investor Timbercreek Asset Management has been trying for nearly a decade to buy directly into the Vancouver rental market. The company has 20 offices around the world and roughly $5 billion worth of global assets.

“We don’t own anything in (Metro Vancouver),” Ugo Bizzarri, Timbercreek’s co-founder and managing director of portfolio management and investments, said on the sidelines of the forum. “We do a lot of lending. We have about $300 million in the (local) lending market.”

He said the firm has been attempting to buy assets in Vancouver for the last seven or eight years, but to no avail.

“We have bid on a few portfolios; we’ve just got outbid. We do our own property management, so for us to just buy a one-off building doesn’t really make sense for us; we’d like to buy a portfolio, but it’s a lot harder to do.”

He said rental buildings make sense as a long-term investment strategy over 20-25 years.

In Vancouver, Cressey Development Group has already been making hay in the rental building market. In October, Cressey completed Neon, an 89-unit rental-only building in downtown Vancouver that was completely leased in 60 days (shown in image).

That project followed Porter, another 200-unit rental building in East Vancouver’s Commercial Drive area by Cressey. That too leased entirely within two months.

Both were the result of a former incentive program by the City of Vancouver called Short Term Incentives for Rental Housing (STIR), which encouraged new rental-only buildings by offering incentives to developers.

“If we didn’t have the incentives (from the city) in place, we wouldn’t have done it,” said Hani Lammam, Cressey’s executive vice-president.

STIR has since been replaced by Vancouver’s Rental 100 program, which encourages buildings made of 100 per cent rental units. By waiving the development cost levy, easing parking requirements, relaxing unit size and allowing more density, Rental 100 aims to create an additional 5,000 units of market rental housing by 2021.

The city says that prior to 2010, only five per cent of new housing was market rental. That number has since risen to nearly 20 per cent.

Property management firm Hollyburn Properties is also starting to build its own rental apartments. The firm decided about two years ago to launch a rental building project on Lonsdale Avenue in North Vancouver.

The 130-unit building is expected to complete in the next few months, said Dan Sander, Hollyburn’s president. “We have over 500 people on the waiting list.”

He said they also are rezoning another site in the same area of North Vancouver for a 144-unit rental building. “This isn’t under any specific rental housing initiative or incentives,” he said. “This is just working with the city and their push for rental housing.”

“I think we’re in a really unique time right now because this affordability crisis is so severe in Vancouver and every municipality is choosing to embrace rental,” he said.

“As a result, I think there is an opportunity for people who have land holdings to be able to get more development rights . . . because the incentives are there.”

He said renters are also shifting away from aging rental condos into the new purpose-built rental buildings with better amenities and institutional landlords.

“There’s a new breed of renter who has been renting condos and then realize there’s a disadvantage to that,” he said. “They want to be in a purpose-built rental. And they’re paying top-market rents.”