Avison Young Montreal is aiming to be among the top three of Montreal commercial real estate brokerages in terms of sales volume or number of brokers within four years, says a new partner in the Montreal office who recently moved over from CBRE. 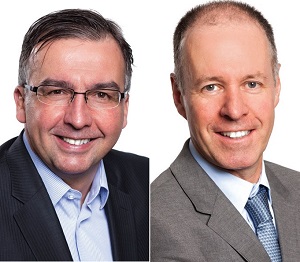 “We can do this by acquiring some good people (and we) might buy some smaller shops,” says Robert Metcalfe, principal, capital markets at Avison Young Montreal.

Metcalfe says Avison Young now stands around “five-ish” in terms of size in Montreal. The firm, which opened its first Montreal office in 2002, has about 30 employees in the city.

While the long-term goal is to make the office among the top in the business, “we don’t want to grow too big here,” he says. “We want really to give full service to our clients and we want to be perceived as individuals and brokers that are really involved.”

About 80 per cent of Avison Young’s business in Quebec is conducted in the Greater Montreal area, but opening a Quebec City office is possible “if we find the right people. We have to fill in the gaps within good marketplaces.”

Metcalfe says the planned growth in Montreal is part of Avison Young’s worldwide growth plans and its goal to be a global real estate leader.

“They’ve seen the growth of the company over the past 10 years or more. They see Avison Young as one of the top companies worldwide over the mid-term.”

Metcalfe, who has more than 30 years experience in real estate, worked at Royal LePage Commercial  (now Cushman & Wakefield), before joining CBRE. At Royal LePage, he completed about 2,000 commercial reports over 11 years, from large office towers and regional malls to apartments and seniors residences.

“I really worked on every food group in real estate.”

He joined CBRE in 2001 and was part of its capital markets team. At CBRE, Metcalfe and Gagnon completed the firm’s first office building sale for CBRE in Montreal, a downtown property owned by CDPQ.

They also completed the sale for about $50 milllion of the former Montreal Forum after the Montreal Canadiens decamped to the Bell Centre in 1996. The old Forum was converted into the Centre Pepsi, an entertainment centre with movie theatres, clubs and retail space.

Gagnon, who has more than 25 years experience, also worked as a broker and appraiser for Samson Bélair/Deloitte & Touche and Altus Group in Montreal before joining CBRE.

Gagnon, who was not immediately available for an interview, has done more than 100 transactions of religious properties over the years, Metcalfe says.

Metcalfe, who “was really branded as a CB guy” was surprised when he and Gagnon received job offers from Avison Young. It took almost a year to negotiate the move, which was eventually boosted with offers to become principals in the firm, “so we have skin in the game.”

At Avison Young, “it’s more of a small family,” he says. “We’re really close and we’re all pushing in the same direction.”

Metcalfe says he’s able to work on “almost all the food groups” at Avison Young, in comparison to CBRE where people were more specialized and had their own niches. “There was a lot of competition within the company,” he says of CBRE. “Here it’s more open, (with) lots to do and that’s why I like the opportunity to grow the firm.”

He says Avison Young has a long-term vision when it comes to expanding and “won’t make stupid moves” for the sake of growth.

“I just want to bring to the company the best practices I’ve seen over the years in other places,” he says.

Metcalfe adds that while the Montreal office market is in good shape, it’s difficult for new projects to break ground downtown, given the current popularity of the midtown area, where former industrial spaces are being converted into office spaces.

There is no speculative construction and “we’re still far from the economic trends to build from scratch without any anchor coming in.”