Predicting the future is hard. If it wasn’t, there would be a lot more stock market millionaires among us. 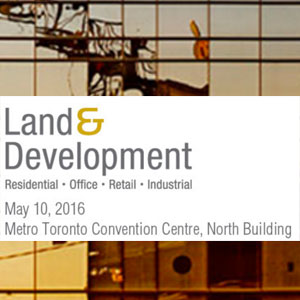 Just what the future holds for Canada and real estate (driverless cars, optimized logistics and smart machines – call it the fourth industrial revolution) was the subject of a presentation at the recent Land and Development Conference in Toronto by Avison Young’s managing director of investments, Amy Erixon.

It turns out the future’s not so bad for Canada compared to many other countries, even with downsides such as robotization of jobs and climate change, said Erixon.

A nation of farmers

Canada is already the breadbasket to the world, and climate change negatively impacting U.S. agricultural productivity will only make our farmlands more valuable and productive, she noted.

“Our relationship with the United States is certainly going to change. Instead of getting vegetables from California, we are going to be shipping the food south,” Erixon said.

That does not mean Canadians are going to vacate metropolitan areas and head to the country’s farms. Instead, expect the rise of urban farming as technology such as hydroponics dramatically increases yields and offers a way to produce food regardless of climate unpredictability.

“The only solution for (climate change) is clearly technology,” she said.

According to the Avison Young executive, the fourth revolution arrived in 2012 with the advent of “additive manufacturing” in the form of 3D printing, the internet of Things and the use of cyber systems to reorganize production and consumption.

“This is the revolution that is probably going to have the largest effect on urbanization because our buildings and our mobility systems and our communications tools – everything we are doing is going to have to adapt in order for cities to stay competitive in the fourth industrial revolution.

“Disruptive technology includes the likes of Uber, social networks and internet-based financial services which “rethink how you go about researching goods, how you go about hiring people, everything about the workforce.”

People generally know at least something about that web-driven revolution. What they don’t know about is the concurrent revolution going on in material sciences and engineering.

“It is chemistry, physics and biology meets engineering,” she says. The best example is biomimicry, trying to duplicate the tricks of nature to create new materials and processes.

What does it mean for real estate? Erixon provides three examples:
• Embedded sensors or electrified glass on buildings that shades and cools building interiors on hot sunny days;
• Green infrastructure such as building parks out of roads or greening other common spaces;
• and creation of infrastructure products such as semipermeable paving surfaces that employ nanotechnology to filter and purify rainwater for use for farming or landscaping uses and to decrease flooding.

Urbanization, which will continue in the fourth industrial revolution, has already lifted one billion people out of poverty in recent decades (China being the biggest beneficiary).

The MIT-educated Erixon is a big believer in technology as a saviour.

“The solutions to the most vexing global problems, whether it is climate change, national security, food and water security; all those things can be solved with technology.”

For the future to work as she envisions, people will need to get used to their digital information embodied in their smartphones being shared to a far higher degree in the coming Internet of Things world.

“One of the resistances to people using mass transit and things like bike-sharing more frequently is just information about where you can pick it up, what it is going to cost and whether it is available.”