The end of 2017 will also likely be the end of an unprecedented five years of commercial real estate sales in British Columbia, according to a new report by Avison Young. 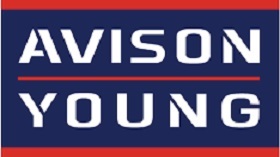 There has been a record-smashing amount of investment in the first half of 2017, to the tune of 109 deals worth just under $5.1 billion in B.C, according to the semi-annual report. It tracks office, industrial, retail and multi-family property sale deals worth more than $5 million.

The total in dollar volume in the first half of the year has already eclipsed last year’s total  — $4.1 billion in sales across 147 deals.

This extraordinary period of investment — from roughly 2012 to its mid-2017 peak — is likely coming to its conclusion and marking the end of an era due to a myriad of factors, the report said.

Interest-rate increases in the U.S. and Canada, rising bond yields, new provincial and municipal governments, red tape and taxation uncertainty, plus possible capital outflow crackdowns in China, could combine to drag down the number of commercial property deals and values to “normalized” levels, said Mehdi Shokri, a principal with Avison Young in Vancouver.

A few massive deals in the first half of this year boosted the overall dollar sum to historic levels, but similar deals and dollar volumes should not be expected in the second half of the year, Shokri told RENX.

“There’s just not enough large transactions out there.” he said. “I can’t think of a lot of big trophy assets that will be coming to the market necessarily to create a bit of a stir in terms of the dollar volumes we’ve been seeing in the first half.

“There are only so many players who can play into those types of transactions.”

Among the deals that closed was the largest commercial real estate sale in B.C. history — Cadillac Fairview’s sale of a 50 per cent non-managing interest in the CF Pacific Centre shopping mall in downtown Vancouver and a portfolio of 12 downtown office towers for $1.9 billion. The Ontario Pension Board and the Workplace Safety & Insurance Board each acquired 25 per cent stakes.

In Burnaby, the Metrotower I & II office towers sold to a private investor for $274 million in the first half of 2017, the largest-ever deal for a suburban office asset in B.C.

Private buyers accounted for 86 per cent of all the deals in the first half, the report said.

However, those private buyers accounted for only 36 per cent of total dollar volume, due to the massive scale of a few of the institutional deals that closed in early 2017.

Retail the most frenzied asset class

Retail assets accounted for $2.8 billion of the first-half sales, surpassing all of the other asset classes.

Among the other major retail deals in the first half were: Sevenoaks Shopping Centre in Abbotsford for $214 million, Westbank Hub (North & Centre) in Kelowna ($106.8 million); Columbia Square in New Westminster ($97.7 million); and the Canadian Tire/Best Buy urban retail centre on Cambie Street in Vancouver ($94.2 million).

As for other office assets, Fortinet Technologies acquired two adjacent properties in Burnaby from HOOPP’s realty arm for $110.7 million. No significant industrial assets changed hands in the first half of 2017.

Anbang may disappear from market

Anbang had been on a buying spree since 2014 in North America, earning headlines for its nebulous ownership structure and high-profile purchases, including the famous Waldorf Astoria Hotel in New York.

But Chinese authorities detained Anbang’s chairman in June and the Chinese government instructed Anbang to dispose of its holdings abroad and return the proceeds to China, according to a Bloomberg report this summer.

“The Chinese government is certainly making waves that those groups are no longer here for business, at least until they settle their affairs and politics that are behind those decisions,” Shokri said.

“When we talk about the end of an era. . . . I just don’t see that mixed bag (of buyers and deals) quite the same anymore,” he said, stressing the “crazy deals” that had local brokers scratching their heads in recent years may be ready to level off.

He said there are other factors at play in the looming slowdown, including reactions to B.C.’s new NDP government, upcoming changes to federal taxation rules and next year’s municipal elections in B.C. Altogether, property buyers may take a wait-and-see attitude to the market, he said.