The value of British Columbia’s commercial real estate sales last year smashed the record set in 2016 by an astonishing $3.4 billion, according to Avison Young’s Year-End 2017 BC Real Estate Investment Review. 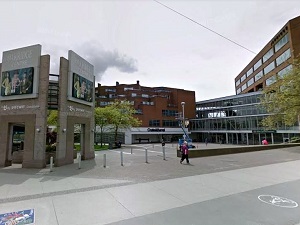 But while sales might remain brisk, it will be tough to top that dollar figure again in 2018, said Bob Levine, a principal with Avison Young in Vancouver. A few massive institutional deals involving trophy retail and office assets drove the total value skyward.

“I’m not sure that will be repeated (in 2018),” he told RENX, noting he pays more attention to the number of transactions than to dollar figures. “There were a lot of transactions last year, and I think there will be (an equal amount of deals) this year. But we may not end up at the same dollar volume.”

The Avison Young report indicated a combination of factors — large pools of local and foreign private and institutional capital, low interest rates and an ongoing shortage of land for development — contributed to the massive number.

Another key factor is more property owners seem to have decided prices are nearing a peak, triggering the off-loading of high-value assets. The report noted B.C. has not experienced any commercial property pricing downturns in more than a decade.

That is reflected in the fact that, while institutional purchases accounted for just 5.6 per cent of all trades last year in the province, they totalled 47 per cent of dollar volume, the report said.

Among the mega deals of 2017 were Cadillac Fairview‘s sale of a 50 per cent stake in its downtown Vancouver portfolio, including CF Pacific Centre to the Ontario Pension Board and the Workplace Safety and Insurance Board. The portfolio sale included downtown Vancouver’s Waterfront Centre, for an estimated $182.4 million, and several other major office assets.

Levine said such big deals were likely not motivated by expectations of a Vancouver downturn.

“I think some of these owners that are selling are redeploying the proceeds to other geographic jurisdictions where their returns are perhaps potentially higher,” Levine said.

Overall, retail assets comprised $3.8 billion, or 48 per cent of all sales in B.C. last year.

Office assets held down the second spot, with a total of $2.6 billion in dollar volume (36 per cent). Industrial assets accounted for $1.2 billion and 16 per cent, according to Avison Young.

Levine said it appears none of the global concerns over free trade, political instability or protectionism has come home to roost in B.C., so far.

“I don’t think anybody is predicting any sort of crash,” he said. “(In 2018), I wouldn’t be surprised to see the same number of transactions.

“I just don’t think we’ll see the same dollar volume. I don’t see the jumbo assets out there to be sold.”

Also, office vacancy rates in Metro Vancouver continue to fall, especially in the downtown core. The regional industrial vacancy has been hovering near record lows of under two per cent for more than a year.