Bayview Hospitality Group, which has primarily made its name in the hotel sector, is planning to... 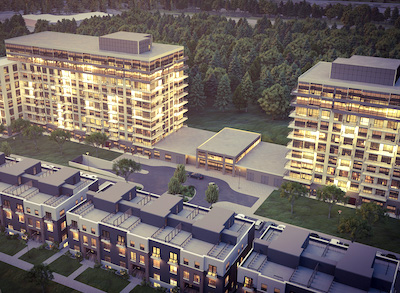 Bayview Hospitality Group, which has primarily made its name in the hotel sector, is planning to build its second and largest multifamily residential development in the West Ottawa suburb of Kanata.

“We love Kanata,” Bayview managing director and general counsel Sameer Gulamani told RENX. “It’s a submarket of Ottawa that’s growing very quickly, especially in the tech sector and the defence sector. It’s probably one of the fastest-growing, economically and by population, in Canada.”

The Toronto-based real estate investment, management and development company has filed a proposal to build three 10-storey apartment buildings with approximately 600 units as well as 184 stacked three-storey units. One of the towers would also include approximately 4,600 square feet of commercial space at grade.

Although the proposed new Kanata development will be just its second in the sector, multifamily could play a bigger role in Bayview’s’s future.

“We have a hospitality DNA. Multifamily kind of grew naturally out of that,” Gulamani said.

“The way we looked at it from a strategic point of view was we could build and operate a multifamily business, but not just as real estate that collects rent, but to think about it and operate it as more of a service business.”

The nine-acre site at 6301 Campeau Dr., now occupied by a woodlot, was purchased from the City of Ottawa in 2019. It consists of two parcels of land separated by a right-of-way allowance that will enable access to Bill Taron Park just to the south.

Gulamani said the development will both serve as an entrance to and incorporate the park, as part of the site will be left natural. The goal is to contribute to the “social, cultural and environmental fabric” of Kanata.

The phased project would begin on the smaller eastern parcel of land and would include both an apartment building and stacked dwellings.

Bayview is proposing approximately 690 surface and underground parking spaces, fewer than the minimum of roughly 1,000 required under current zoning. The Terry Fox transitway station is less than 600 metres away, so Bayview believes fewer parking spaces will suffice.

Zoning amendments will also be required for a small variance for the apartments and the amount of commercial space incorporated into the project, according to Gulamani.

The Kanata Centrum Shopping Centre is less than 600 metres southwest of the conveniently located property. A complex that includes indoor and outdoor recreation facilities, a public library branch, Earl of March Secondary School and a seniors centre is situated just to the east. 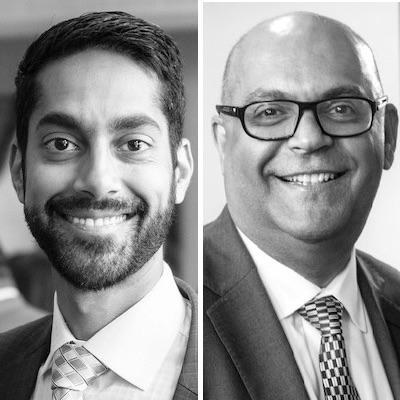 Bayview’s roots go back to the 1987 acquisition of a small motel in Cornwall, Ont. that was operated by Gulamani’s parents. His father, Alnoor, has remained the head of the company.

“He’s the main guy and shows no signs of slowing down,” said Gulamani, who trained as a lawyer before joining the family business.

The younger Gulamani now handles much of the company’s legal work, but spends the majority of his time on business development. His brother and sister also work for the company.

Bayview is engaged in developing, acquiring and operating hotel and residential real estate. It owns and operates more than 1,500 guest rooms and residential apartment units in its current 10-property portfolio. All of the hotels except for Days Inn by Wyndham Ottawa Airport are part of the Hilton family of brands.

“We don’t generally build buildings and then sell them,” said Gulamani. “We try to grow roots in communities with long-term relationships.

“We do everything from buying the land to design and development, building the building, and then owning and operating it. I think that sets us apart from a lot of other developers. We want to make sure that we’re contributing to the community and doing that in a responsible way.”

Bayview began developing and constructing new hotels in 2005. It developed the first purpose-built Homewood Suites by Hilton in Canada and has since become a key player in the Canadian extended-stay hotel market.

COVID-19 made 2020 a year like no other in the hotel business, as lockdowns and the shutdown of international travel that began in March struck a huge blow.

Occupancy decreased by 90 per cent across the board and two Bayview hotels shut down temporarily, Gulamani said.

Extended-stay hotels have performed better than other types during the pandemic, however, so things could have been worse for Bayview.

“Extended-stay is a good bet because it serves a special kind of clientele in a very targeted way,” said Gulamani.

Bayview was considering hotel expansion before the pandemic, but those plans have been put on hold while it tries to get a better handle on how the sector will perform in the post-COVID-19 world.

“It would be hard to imagine that anybody operating a hotel portfolio is finding it easy to break even right now,” said Gulamani.

While Ottawa and the Greater Toronto Area are Bayview’s primary markets, Gulamani said it was also looking at other markets in Ontario and the United States.

Bayview’s largest hotel is the DoubleTree by Hilton in downtown Toronto, which has 490 guest rooms.

Steve McLean Residential Development Ontario Jan. 13 2021
Steve McLean Business reporter
Steve is a veteran writer, reporter, editor and communications specialist whose work has appeared in a wide variety of print and online outlets. He’s the author of the book Hot Canadian Bands and has taught reporting to college students. He is based in Toronto.