For Ryan Beedie and the development firm that shares his last name, the past couple of years have included a personal loss and frustration over a contentious project, but also major growth for the 65-year-old company, founded by Ryan’s late father Keith. The elder Beedie died last year at the age of 91. 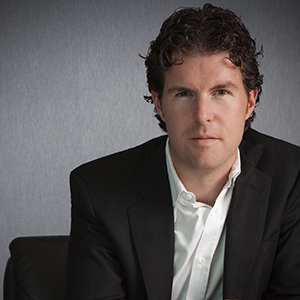 “Our business has evolved and changed a lot, especially in the last two, three, four, five years,” Ryan Beedie, the company’s president, said in a recent interview. “Instead of being business-to-business, we’re now heavily business-to-consumer with the residential division and how it’s grown rapidly.”

The company has also opted for a new name: Beedie rather than Beedie Development Group. It’s a move which will bring its two main components, Beedie Industrial and Beedie Living, under the single banner.

Beedie also added a new tagline: “Built for Good”. He called it “an important message” to the marketplace.

Beedie last year found itself in the middle of one of Vancouver’s most controversial development projects in recent memory — a mixed-use project at 105 Keefer St. in the heart of Vancouver’s Chinatown.

Beedie initially proposed a 13-storey building at an empty lot at the corner of Keefer and Columbia Streets.

The project attracted plenty of resistance from Chinatown activists who, said the building was too large and towered over the Chinese war memorial. Critics also said the project didn’t include the right mix of social housing and commercial businesses for the neighbourhood.

City council rejected Beedie’s rezoning application in May 2017, despite several changes to the project.

Then in November, Vancouver’s development permit board rejected a revised nine-storey version of the building. The company subsequently appealed that rejection, but Beedie says the project is now in a holding pattern as they consider their options.

“I really don’t have anything that I can report right now,” Beedie said.

Beedie does have several other major projects underway, either under construction or in various stages of planning and preparation.

“We have in somewhere between 15 and 20 active starts in the upcoming year,” said Todd Yuen, who leads the industrial side of Beedie.

Beedie is in final stages of developing a nine-building industrial park called Delta Link Business Centre. So far, seven of the buildings are complete, another is under construction, and work is expected to begin on the final building in early 2019, Yuen said.

When complete, the Tilbury Island park will have more than 1.7 million square feet of strata and leasable industrial space.

Beedie has also closed a deal to build a 300,000-square-foot, $240-million fluid milk processing plant in the City of Port Coquitlam for dairy giant Saputo.

“We have our development permit for that now,” Yuen said. “That’s a transition for Saputo from their long-established position in Burnaby.

“Given how important milk is to so many people, that’s one that we have our eye on. It’s a very large, very complicated project.”

On the residential side, Beedie said the firm has just finished the second and third towers at its mixed-use Station Square project in Burnaby’s Metrotown. Being co-developed with Anthem Properties, the project will eventually include five residential towers with 1,800 homes and more than 450,000 square feet of retail and office space.

Beedie and Yuen are careful to underscore that smaller projects and deals are just as important to them as the mega-deals.

“In my mind, if a small business has bought a two- or three-million-dollar strata unit from us, making sure we get them in on time is just as important as the Saputos of the world,” Yuen said. “The priority is making sure that we’re managing our resources and we’re putting ourselves in a position . . . to execute on all the things we have responsibility for.”

Beedie estimates the company’s development portfolio is now roughly 80 per cent industrial and 20 per cent  residential.

Yuen said Beedie also has a long-established presence in Calgary.

“We have a full-fledged office there and are operating a construction team,” he said. “We have a project that’s now underway in Edmonton and we are also looking at really transitioning into the Ontario market more heavily now.

“Where it goes from there, I think is really going to be at Ryan’s discretion.”

As for the “local” markets, both Yuen and Beedie are optimistic.

The bull run on the Vancouver commercial market carries on, Yuen said. “There’s a lot of confidence in the market right now.”

There is strong demand, a shortage of space and rising lease rates in the small-to-large bay industrial spaces, but also unfulfilled demand at the top of the market, he said.

“I know of three or four other groups all looking for between a half-million and a million square feet (in the region), and some of these corporations are some of the larger companies in North America, if not the world right now,” he said.

That would suggest there isn’t a commercial property bubble in the region, he said, noting these major companies are attempting to become established long-term in the region amid an all-time low in industrial space vacancy.

There’s less certainty over the future of the Metro Vancouver residential market. New stats from the Real Estate Board of Greater Vancouver show sales of condos in September fell to 812 transactions, a 44 per cent drop from September 2017, when there were 1,451 sales.

The benchmark price of an condo in the region was $687,300 last month — a 7.4 per cent year-over-year increase, but a 3.1 per cent decrease over the last quarter. Rising inventory and plummeting sales could suggest more serious price corrections are on the horizon.

Pre-sale condo sales and prices, though, are not included in those monthly reports until the units are built and deals finalized.

“There still seems to be some resilience on the pre-sale condo market,” Beedie said. “Demand still seems strong. We have continued (inward) migration and we’re confident the market will remain stable for the foreseeable future.”