When Jonathan Gray talks, everyone else stops. And listens. 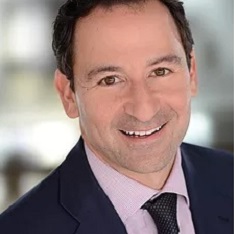 Jonathan Gray is the global head of real estate for Blackstone.

He had the full attention of a packed house at the Real Estate Forum Toronto in the Metro Toronto Convention Centre. During a wide-ranging interview conducted by Ivanhoe Cambridge CEO Daniel Fournier, Gray discussed conditions in Canada and around the world, some of his company’s strategies and the growing impact of technology on commercial real estate.

“You have to think about technology in everything you are doing,” Gray said, noting it touches on every aspect of the business world. “Even though we are in the real estate business, which is ostensibly an old-world business, tech is driving things here as it is driving every other industry.”

He tied tech businesses to hot CRE markets around the world, ranging from Toronto, Vancouver and (increasingly) Montreal in Canada to American West Coast cities such as San Francisco and Seattle, Berlin and even emerging markets such as Bangalore and Hyderabad in India – with their tech-savvy populations and low costs.

“Wherever creative industries and tech industries are housed, you are seeing much higher population and job growth,” he said. “Obviously you are seeing it here in Toronto and Vancouver, but it says to you ‘Gosh, I want to fish where the fish are.’ ”

In addition to finding the right markets, Gray stressed the early identification of emerging sectors, creating a strategy and seeing it through. For example, Blackstone has been moving heavily into logistics as consumers increasingly shift spending habits from bricks and mortar to e-commerce.

“To us, you want to be a high-conviction investor,” he said. “What you want to do is say, ‘I see global logistics different than everybody else does, even what’s happening as a result of online shopping’. As a result, I want to get a management team . . .  and put a bunch of capital behind it.”

On that front, Blackstone has invested in 420 million square feet of logistics space around the world during the past seven years.

Few other investors can purchase at that kind of scale. Gray admitted Blackstone’s size can be a “huge competitive advantage,” but he said it can also have pitfalls if management isn’t careful.

“The challenge of being a big investment organization . . .  you are always worried that when you get large, you are going to lose your discipline,” he said. “My biggest concern isn’t that we get reckless, it’s that we lose that edge. . . . that we stop innovating.”

Hand in hand with watching for emerging markets and investment sectors is tracking economic trends.

“I think we are definitely in a more mature part of the cycle,” he said, running down a list of key indicators; cap rates in Canada and the U.S. are low, assets in coveted markets have risen dramatically in price, and interest rates seem to be in a rising cycle.

One continuing positive sign, though, is economic growth, projected at three per cent in Canada this year, about 2.5 in the U.S. and two per cent in Europe.

“It leads you to believe that cash flows will grow but cap rates are probably going to drift up a little bit. Overall value will grow but in a much more modest way,” he predicted. As an investor “you have to be much more precise . . . much more focused in both geography and sectors.”

Finally, Gray said he remains bullish on investing in Canada, but like many other potential investors have discovered, there are a couple of roadblocks.

“I am very positive on Canada,” he said, though the low cap rates and amount of capital looking for assets makes large-scale investments a challenge.

“I would like to do more here; it’s just a very competitive market.”

But he sees good things happening in several major cities.

“There are some great cities that have this great tech creativity vibe and you have lots of in-migration. It’s a better national in-migration story, like Australia does,” he explained.

“That urbanization that is happening, that technology particularly in Vancouver and Toronto, and also in Montreal, is very positive.”

The forum wraps up Thursday. Among the speakers on the final day are former Canadian Prime Minister Stephen Harper.