Lloyd Cooper has seen a lot in his 33-year career in commercial real estate in Montreal, but he’s rarely seen the city as hot as it is now. 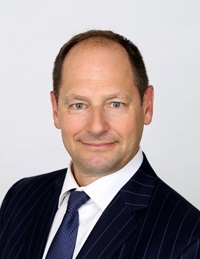 “We’re experiencing a boom,” says the vice-chairman, office leasing at Cushman Wakefield in Montreal. “Montreal’s on the radar not only from an investment point of view (but) it’s a cheaper market. Compared to Toronto and Vancouver, you get a lot more bang for your buck,” with better yields and higher cap rates.

Cooper, the senior broker at Montreal’s Cushman & Wakefield office, has essentially been with the same company his entire career. This longevity, he points out, puts him in the same “vintage” as George Tedder, vice-president, office leasing and Randy Borran, vice-chairman, office leasing, both of whom have had similar lengthy stints at Cushman Wakefield in Toronto.

While Cooper has worked through many challenging years when the city’s real estate was flat, he’s consistently been a top producer – among Canada’s National Top Ten salespeople since 1994.

Cooper and his team conduct an average of more than 100 transactions annually for office, industrial and retail clients with a yearly average of two million square feet.

Last year, Cooper had the top two office lease transactions among North American members of the Society of Industrial and Office Realtors (SIOR) in terms of square footage. He handled both the sale-leaseback of the 410,193-square-foot SNC-Lavalin headquarters on René Lévesque Blvd. and a lease with Rogers for 269,624 square feet in Place Bonaventure.

Despite his lengthy career in real estate brokerage, Cooper maintains “every day is different, every deal is different.” What keeps it interesting and fresh is that it involves people management, strategy, negotiation skills, an ever-changing market and a wide range of businesses.

Montreal now has more to offer

Among the many things in Montreal that have changed since his career began, Cooper points out, is that he used to show prospective tenants buildings in the downtown area or the suburbs and nothing in between.

Now, there are five or six live, work and play neighbourhoods in the midtown area. Many of these area were home to garment manufacturers, but have now developed into office nodes. These include Mile Ex/Mile End, Old Montreal, Cité du Multimédia, Griffintown and the downtown core itself.

As a result, what used to be a short tour can now last three days as clients are shown offerings in all of the neighbourhoods. “It’s time-consuming, but you’re offering your client much more choice in terms of real estate, price point and neighbourhoods.”

Notwithstanding the increased choices, some tech companies are still opting to create cool spaces in high-performing LEED buildings in the downtown core, he says. E-commerce giant Shopify and gaming company Playtika are examples.

Gaming, software and film companies from cities like San Francisco and Los Angeles are looking to expand their operations in Montreal because operating costs are lower and “the talent pool is tremendous.”

Cooper maintains the language issue no longer acts as a deterrence to real estate investment.

“Montreal is a bilingual city and we’re pushing that. Most workers can operate in English or French. We’re using that as a positive.”

The language issue “was perceived as a negative 10 years ago, but we’ve turned that around,” Cooper adds.

Quebec’s sovereignty movement is also no longer considered an issue when it comes to business or recruiting, and more university students from outside the province are sticking around after graduation, he says. McGill students from Toronto are “having such a great experience here that they’re staying. You wouldn’t see that five or 10 years ago.”

Throughout the slow years, Montreal’s real estate market remained sluggish but stable and “there were never really highs or lows.” Now, net rents are starting to climb and the vacancy rate of around 10 per cent is slowly declining.

As for possible new office building construction, Cooper cites Cadillac Fairview’s Quad Windsor next to the Tour Deloitte as “a natural next site.”  The developer “is working very hard to launch their next building” and is talking to a number of potential tenants.

Canderel has also “been close a number of times” to launching a new building in the Quartier des Spectacles entertainment district.

However, Cooper notes new building plans may be dampened by the National Bank’s development of a new headquarters near Square Victoria, which will likely add 600,000 square feet of inventory in 2022, and Broccolini’s plans to add a few hundred thousand square feet of office space next to the bank’s new building.