Build more than an attraction. Build a legacy. 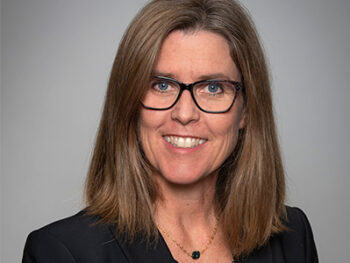 The two tracts of land in bright orange and green are the sites for “major attractions” development proposals by Building LeBreton and the National Capital Commission. (Courtesy NCC)

Rarely are there opportunities to make your mark at a new waterfront community in the heart of a Capital city. The National Capital Commission’s Building LeBreton project is poised for just such a legacy-building opportunity.

Implementation of the NCC’s impressive vision for a sustainable live-work-play transit-oriented community has already begun, with the first land sale underway and initial public realm construction wrapping up soon. Developers will be invited to compete for the chance to develop mixed-use parcels in this landmark project over the coming years, building on decades of rich history and cultural context.

But the next phase of this city building project is set to be the most exciting yet.

The NCC recently launched a Request for Expressions of Interest to seek proponents and ideas for the two major attraction sites. Proposals for innovative and ambitious destination anchors will be accepted until Feb. 28, 2022.

Now that there is an ambitious overall vision in place for LeBreton Flats, the NCC is looking for visionaries and trailblazers who share the organization’s passion and excitement for the possibilities of this important site, and who have bold and innovative concepts to propose.

Anchored by two new light-rail transit stations, LeBreton Flats is a prime location for destination experiences, with opportunities for anything from a major event centre, concert venue, gallery or aquarium to a food hall or Ferris wheel.

The 29-hectare LeBreton Flats area features two sites targeted for destination attractions. The first is just over 2.5 hectares (6 acres) of prime downtown land located a 5-minute walk from two light-rail transit (LRT) stations that link directly to the east, west and south ends of Ottawa. Nearby, another site of half a hectare (1 acre) hugs an inlet of the Ottawa River and offers an incredible location for a smaller cultural or recreational venue.

These sites will become the anchors for the surrounding development, which is planned as one of the most sustainable and inclusive communities in Canada. Iconic public spaces, including a hilltop park with incredible views of the Ottawa River and Gatineau Hills, will emerge just steps away from the major attraction sites, along with a community that will become home to approximately 7,500 residents and almost 4,000 workers.

The details are outlined in a forward-looking Master Concept Plan the NCC created for LeBreton Flats in 2021 following extensive public engagement. The NCC launched immediately into implementation, with a proponent for the first development site of the Building LeBreton project expected to be chosen at the beginning of 2022. That site is located between Pimisi O-Train LRT station and the most exciting architectural project in recent Ottawa history – a new central library called Ādisōke.

To express your interest in the attraction sites and for more information on the Building LeBreton project, visit ncc-ccn.gc.ca/LeBreton-major-attractions. 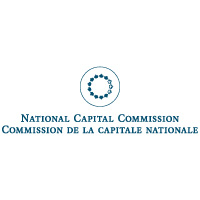 The National Capital Commission is the federal Crown corporation dedicated to ensuring that Canada’s Capital is a dynamic and inspiring source of pride for all Canadians, and a legacy for…

The National Capital Commission is the federal Crown corporation dedicated to ensuring that Canada’s Capital is a dynamic and inspiring source of pride for all Canadians, and a legacy for…