Sales of condos at downtown Montreal’s two tallest new condominium projects have been strong in t... 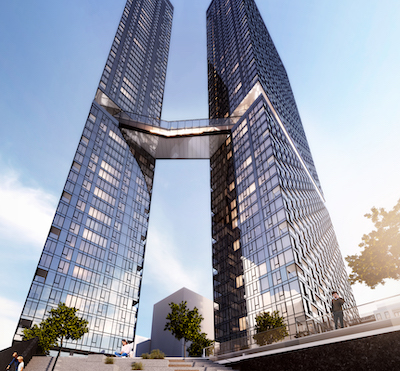 Sales of condos at downtown Montreal’s two tallest new condominium projects have been strong in the last few months and people’s interest in living in the core is returning, their developers say.

“We feel there’s traction in the market despite what we’re hearing in the news,” said Marco Fontaine, vice-president of Devimco, as he discussed sales at Maestria Condominiums on Ste. Catherine St. in the Quartier des Spectacles.

Since December, “we’ve seen that the appetite for downtown is still there,” said Vincent Kou, vice-president, corporate development and growth at Brivia Group, which is building 1 Square Phillips.

The two were speaking at a session on the condo market during the Quebec Apartment Investment Conference, held virtually March 23 and 24.

Both Devimco and Brivia say their condo developments are Montreal’s tallest.

Fontaine says December 2020 was second only to the month before the pandemic began as the best month for sales at Maestria. With vaccines rolling out, “people feel more secure” and more serious about buying.

According to the Quebec Professional Association of Real Estate Brokers, condominium sales on the island of Montreal increased 16 per cent year-over-year in February.

In recent months, people have been buying units at the 498-unit 1 Square Phillips expressly so they can live downtown, Kou said. “We’re seeing the same thing at Quinzecent,” a 36-storey, 450-unit condo development at 1500 René-Lévesque Blvd. W., which is slated for delivery in 2022.

“There is some level of confidence in the future of downtown,” said Kou, noting the return of immigration and students will bring back vitality to the central core.

Fontaine said the Maestria project is seeing fewer investors than expected and more buyers who plan to live in the units. There have been more buyers than usual from Toronto and Vancouver and a surprising amount of interest from Europe, he said.

“It probably attracts people who say the pandemic will end and that immigration will take off again.”

He added the federal government will increase immigration quotas to compensate for last year’s decline in immigration, which should rejuvenate the downtown condo market. 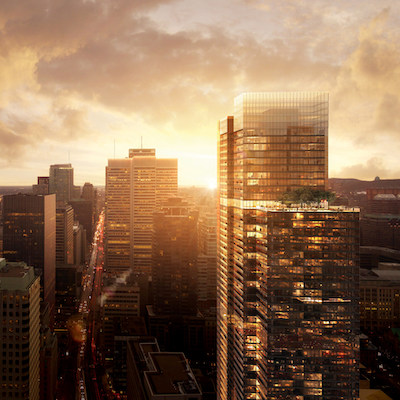 Fontaine said sales are being helped by a decline in the number of new condo project launches downtown, which has reduced the inventory of new units. The number of new projects downtown fell by 61 per cent in 2020, compared with 2019, he said.

Kou has seen a greater interest in one- or two-bedroom condos, at the expense of studios, from buyers who want to live downtown and have at least a part-time work-from-home office.

Meanwhile, Devimco has teamed up with Quebec-based furniture company Artopex to develop three office space models in its condo units. The goal is to integrate office furniture and improved soundproofing in small spaces, Fontaine said.

However, while work- from-home will leave a mark in real estate, “I’m not ready to say people are ready to buy condos that include office spaces,” said Mathieu Collette, vice-president, real estate at Kastello Immobilier. “Their ability to pay is limited.”

Kastello Immobilier is one of the investors in Solstice Montreal, a 44-storey, 339-unit condo development now being built on de la Montagne Street, near the Bell Centre. Kastello is the real estate investment firm of the Fortin family, one of the founders of convenience store chain Alimentation Couche-Tard Inc. (ATD-A-T).

He noted it was difficult to sell the final units of Aera, a 47-unit condo project in Rosemont, in the city’s east end, which was delivered last summer. However, in January and February, there was an explosion in sales and only a few units are left.

A condo developer with projects off the island of Montreal also reported strong condo sales at the conference.

Buyers returned in force in January and “we sold an enormous amount in February,” said Yann Lapointe, co-president of Pur Immobilia, which develops condos and multiresidential developments primarily on the North and South Shores of Montreal.

“It was a very big month. People are showing up,” he said, adding sales at the Market condo project in Laval are going well.

The move by some people away from the city to country homes is only temporary, he said, joking there will be plenty of chalets for sale in a few years. “We don’t see people moving away. The city is here to stay and we’ll stay close to the city.”

However, Brivia is hedging its bets. Before the pandemic, the developer began development of a ski-in, ski-out project at Mont Tremblant after it acquired 12 acres of undeveloped land at the site in 2018.

“We’ve accelerated the process to respond to the current market,” Kou said. “We’re putting the pedal to the metal.”