Burlington Mall has reached the half-century mark and is undergoing renovations to set it up for another 50 years of serving its community. 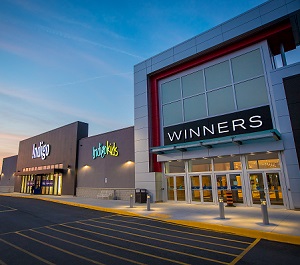 “Burlington Mall is a road map for the way community malls can evolve and thrive both in the current climate and in the long term,” said general manager Heidi McGaw. “The changes are reflective of the preferences of shoppers and changes in the community. We want to make sure we are providing what the community is looking for.”

The 726,000-square-foot Burlington Mall sits on 18 acres that also include more than 4,600 parking spaces at Guelph Line and Fairview Street in Burlington.

RioCan Real Estate Investment Trust (REI-UN-T) purchased it from Ivanhoe Cambridge in 2011, and KingSett Capital has since come on as a 50 per cent partner.

While Burlington Mall’s age was one reason for renovating, the other major factor was the closing of its Target store.

“We had a large space that we wanted to rethink,” said McGaw. “It afforded us the opportunity to introduce some new offerings into the mall with a renewed focus on food, family and experiences.

“We’re excited about bringing some new brands into the Burlington Mall family and creating a whole new wing. The brands include Indigo, Denninger’s, as well as a newly relocated Winners. We will also introduce new restaurants into this space later this year.”

Target’s departure had a short-term impact on mall traffic, but McGaw said sales productivity has continued to grow, without revealing sales per square foot or occupancy data.

“As we prepared for redevelopment of the centre, we created purposeful vacancies to accommodate for construction of the new wing.

“We are seeing the results of the first phase of our project with a notable uptick of energy and enthusiasm surrounding the mall since the Indigo, Winners and Denninger’s have opened. We will be tracking performance through the rest of the renovations and have already seen a significant increase in traffic.”

A new corridor connecting the existing food court to the HomeSense corridor will be introduced in the fall and McGaw expects to make more leasing announcements during the summer.

On top of redesigning the former Target store and adding the new corridor, the renovations also include washroom upgrades, new ceilings in the food court, new furniture, flooring and lighting, more comfortable seating, an improved exterior façade and a new entrance fronting on to Guelph Line.

No stores are being closed during the process.

“The renovations have been planned in phases, with an initial focus on transforming the new space we have today,” said McGaw. “This was contained behind hoarding with minimal impact to the rest of the mall.

“Burlington Mall has been fully operational throughout the process. We were fortunate to be able to isolate these two key phases and separate them from the rest of the mall, which resulted in minimal disruption.”

The renovations are expected to be completed in the fall.